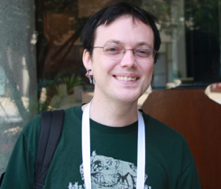 We’ve gotten word of another departure from MySpace in the wake of CEO Owen Van Natta’s firing two weeks ago. The latest to leave is Chris Bissell, MySpace’s Chief Software Architect, who has been with the company for over four years. Bissell was one of the few remaining members of MySpace’s old guard, which has gradually left (or been fired) from the company since the executive shakeup last spring that removed long-time CEO Chris DeWolfe.

Bissell was charged with maintaining MySpace’s backend architecture and ensuring that the site scaled to meet demand. MySpace has confirmed that he is leaving the company.  The news comes on the heels of the departure of SVP of User Experience and Design Kate Geminder and stream architect Monica Keller, who both left within a week of Van Natta’s firing.

These departures aren’t really surprising given yet another executive shakeup at the company (though Bissell didn’t have any clear ties to Van Natta), but MySpace has some serious rebuilding to do. We’re hearing that the company has shelved a total redesign Geminder and her team were working on in favor of a Hail Mary strategy to become a discovery recommendation engine.