Approximately 11 million new domain names were registered in the fourth quarter of 2009, an eight percent increase in new registrations from the third quarter of 2009.

The increase has brought the total of registrations across all of the Top Level Domain Names to 192 million, an increase of nearly 15 million domain name registrations since the close of 2008. That means we’ll likely cross the 200 million milestone this or next quarter, provided growth continues.

According to the Industry Brief, the base of Country Code Top Level Domain Names (ccTLDs) rose to 78.6 million domain names, a three percent increase quarter over quarter and a 10 percent increase year over year. In terms of total registrations, .com unsurprisingly continues to have the highest base followed by .cn (China), .de (Germany) and .net. 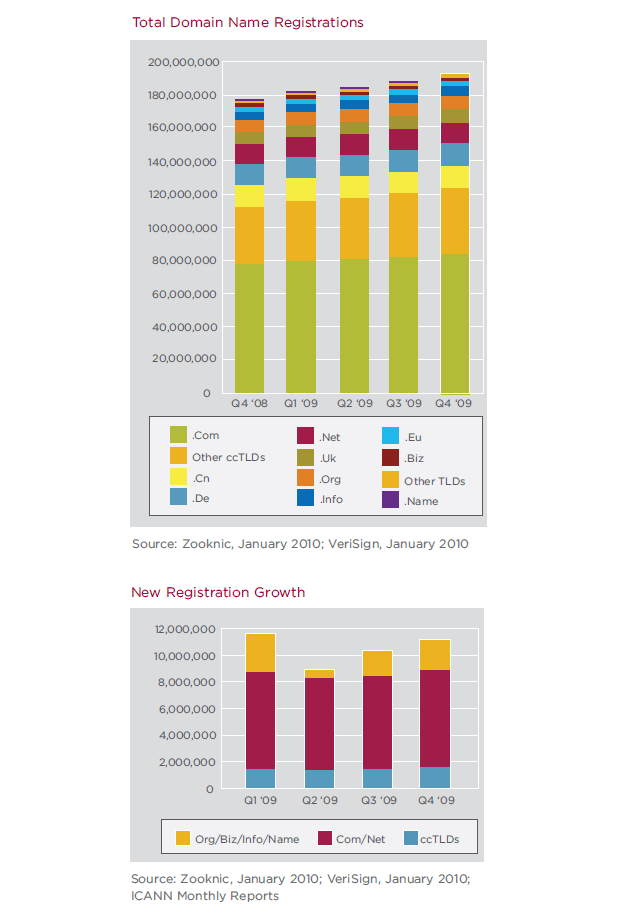