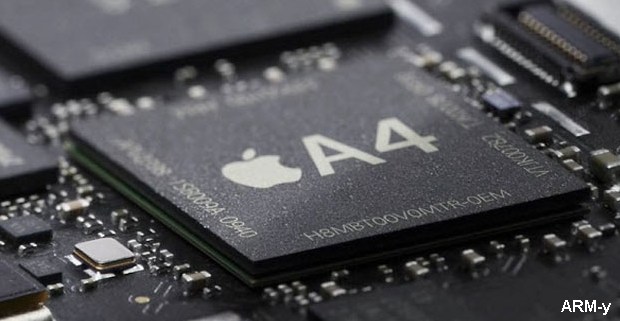 There’s a story going around right now that the development costs for Apple’s A4 chip, which powers the iPad, might be as high as a billion dollars. Let’s not get carried away here. Apple licensed the CPU and GPU from ARM, and the A4 shares a lot of elements with the Tegra 2. The billion dollar investment here is for designing a chip “from scratch.” Is that really what happened here?

I don’t pretend to know what the process was for creating the A4, or Tegra 2, or any other ARM-licensed system on a chip. But a billion dollars is a hell of a lot of money to put into R&D for a single device. Apple would have to sell four or five million devices just to break even. I don’t know, maybe they really did spend this kind of money. The estimate just seems a bit high to me, and it comes off as sort of arbitrary in the NYT article. It seems that the bulk of the design work must have been done by ARM — which was why Apple licensed from them instead of leaning on their own PA Semi IP. I’d take this particular story with a grain of salt.