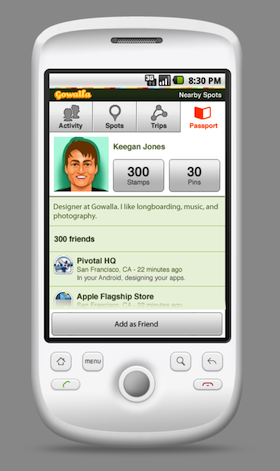 In November of last year, Gowalla finally extended its reach beyond its iPhone app with a version of its app that worked on the mobile web for Android (and the iPhone’s Safari browser). It was a pretty good web app but had some limitations, which founder Josh Williams accepted because his team was at work on a native app for Android as well. That wait is over.

While it’s not yet in the Android Market, Gowalla has released a very early beta version of the native Android app to its most dedicated users that patrol the company’s Get Satisfaction page. Williams posted about the new app a few days ago, and noted that “Technically, we are calling this beta release 0.1. We will release a more fully featured beta to the Marketplace before the end of the month.” Since it’s not in the Market yet, you can only get the app by visiting this static link — or by using your Android camera to scan one of the bar codes you can find in that Get Satisfaction thread.

Note: To install the app, you have to have your device set up for the installation of “non-Market applications”. This site runs through how to do that, but basically you go to Menu -> Settings -> Applications, then check the “Unknown sources” checkbox.

So how is the app compared to its iPhone brother? Well, surprisingly, in some ways I think it might already be better. While, as Williams, notes, it is currently missing the Trips feature, and it’s not doing any image caching, the 0.1 build of Gowalla for Android is slick and lightweight. As you’ll notice right away, the app has a distinctly different look because it has ditched the iPhone’s green hues for a cleaner, white look. I can’t tell you how many Gowalla users I’ve talked to that hate the green look of the iPhone app and would like a way to change it (I’m included in that list).

More importantly, the Android version of Gowalla flips the features of the service so that your friend check-in stream is now the first tab. This makes the Android version more social right off the bat than the iPhone version, which buries that information in the last tab.

Gowalla’s Android launch is timely as the SXSW conference is less than a month away. Last year, both Gowalla and rival Foursquare launched their iPhone apps at the conference, with Foursquare able to take an early lead over the past year. Foursquare now has apps for all the major mobile OSes except for Symbiam. Meanwhile, Gowalla is also close to launching a BlackBerry app. Game on.

Check out some early screenshots below. 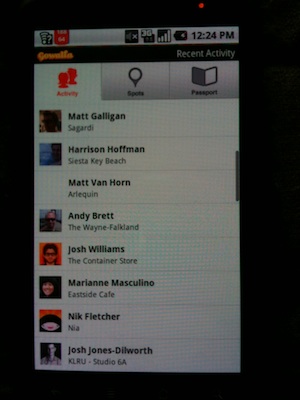 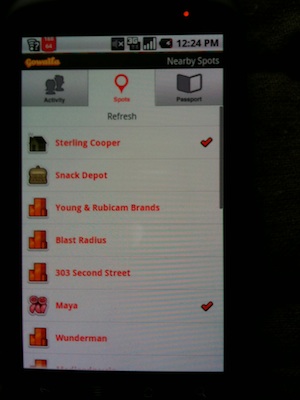 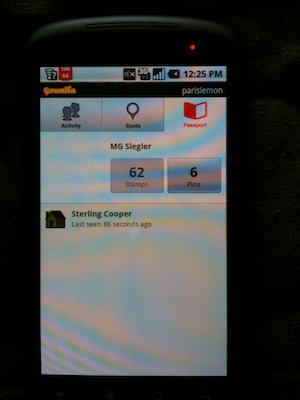 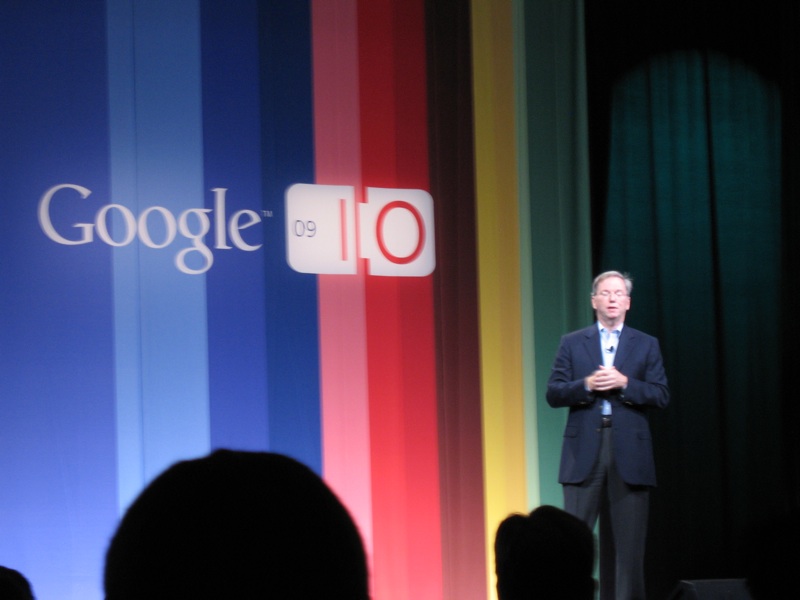