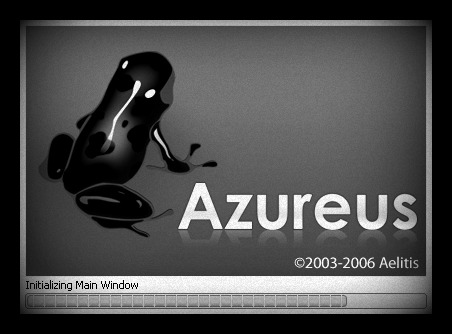 There’s a bit of a controversy in the BitTorrent community, friends. Two rather prominent, so-called private trackers, whose names I will not mention “just because,” have announced that they will be banning Vuze, the former Azureus, one of the elder statesmen of the BitTorrent protocol. Say what you will about the direction Vuze took—I hated it—but there isn’t a more powerful torrent client under the sun. Make no mistake about it: it is an important loss, and one of the bigger developments is the recently quiet world of BitTorrent.

The decision was taken because of the potential for Vuze to be tampered with—it was a hassle to ensure that Vuze stats were on the up and up. Nothing is more vital to the success of private BitTorrent sites than accurate stat tracking. What do you want, chaos?

It’s a valid complaint, to a point: you cannot run a BitTorrent site with the threat of users gaming the system. Private sites usually operate on the upload-to-download ratio system: you’re required to keep your ratio above a certain number in order to keep your account in good standing. So, you’ve uploaded 20GB of data and downloaded 15GB of data, giving you a ratio of 1.33. Now, if you were to somehow tamper with the way your BitTorrent client reports stats, you could rig it so that it looks like you’ve uploaded 50GB and downloaded only 10GB, the site would suffer.

How often that has actually happened, who knows? I do know this: if you’re tampering with your clients’ stats you should be deported.

Popular because of its simplicity and small footprint, uTorrent is a closed-source application, and one point was linked with the MPAA and RIAA. You’d think that people who were engaging in wanton copyright infringement would be a little more prudent with their activities, but far be it from me to question people’s decision-making skills.

Transmission is another client that’s popular because of its small footprint. (If you’re seeding on a dedicated box, or have a system with a decent amount of memory, having a small footprint is essentially irrelevant. I used to run Azureus 24/7, and never noticed my machine slowing down.) Again, it’s on the simple side, so people who want to “set it and forget it” will be right at home.

I don’t know, it sounds like I’m pro-Vuze here. I don’t give a damn; I use Usenet for my escapades. I will say, I did the majority of my torrenting—I barely torrent these days—using Azureus/Vuze, so it’s a little sad to see it being pushed out like this.

Still, if it’s for the good of the sites in question, then so be it.