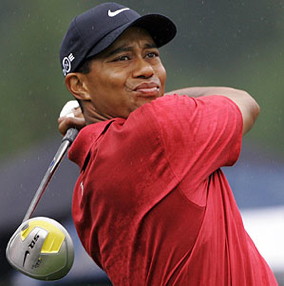 Gossip mongers and sports fans alike are eagerly awaiting Tiger Woods’ press conference tomorrow morning, when he’ll confront the public and apologize for his string of affairs that tarnished both his image as a role model and his endorsement earnings. And, according to one source, you’ll be able to live stream it from the world’s most popular video portal: YouTube.

This is interesting for a few reasons. First, it’s going to get a lot of traffic, as many people will be at work and won’t be able to watch the conference from their TV sets. But it’s also another live video feed on YouTube, which historically has almost exclusively featured recorded content. Over the last year or so, YouTube has been experimenting more often with live feeds, with broadcasts including YouTube Live, numerous political debates and events including President Obama’s record-breaking inauguration, and more recently, earnings webcasts. But the Tiger Woods event, while certainly newsworthy, is a different beast. It’s related more to gossip and sports than it is to our nation’s future or Google news.

It could also be a sign of things to come.  YouTube doesn’t stream these events themselves (they’ve often relied on Akamai), but it’s apparent that they’re becoming more open to featuring live streams on the home page. And even though YouTube’s roots may lie in user-submitted videos, it seems foolish to push users to other video sites whenever they want to see a major event live.

The event starts at 8 AM PST. Other sites that will be streaming the event include Ustream and major news networks.