Last summer, realtime search engine OneRiot was one of the first engines to debut an API to allow developers to integrated OneRiot’s search results into their applications. Less than a year later, OneRiot is seeing 97 percent of its total searches coming through its API. Today, OneRiot is rolling out a new version of its search API, which includes support for for RiotWise, OneRiot’s ad network, enabling developers to make money off of search results. Additional new features include the ability to deliver vertical and domain-specific search experiences for their users.

The first major part of the new API is the integration of a href=”http://www.crunchbase.com/product/riotwise”>RiotWise. Last year, OneRiot ventured into the advertising world with RiotWise, an ad format which places content in an emphasized position in their realtime feed. The search engine also launched a pilot program of RiotWise Trending Ads, a stream of ads that correspond to trending topics as they emerge across the social web.

Now any developer using the OneRiot search API will now also receive RiotWise ads for the realtime web. Developers can choose to display them (and get paid) or not. RiotWise’s ads are comprised of content that similar to within Google, are served up via keywords being searched for. But unlike Google, advertisers aren’t bidding on keywords. Instead, content producers strike a deal with OneRiot to place their content in an emphasized (but clearly labeled) place in their realtime feed within the search engine. OneRiot claims that RiotWise ads have been performing at 3 to 4 times the average industry standard click through rates (CTR) for ads in realtime web apps. Developers who tap into the new API will share revenue with OneRiot but it’s unclear what the rev share will be.

The new API has also been tweaked to allows for specific searches. Developers can enable domain-based search, which allows for realtime search across a specific website or network. For example, the Guardian is the first partner to use this feature of the new API in its “Zeitgeist” tool that features realtime news content from the site.

OpenRiot’s API will include the ability to integrate vertical realtime search so developers can choose to receive realtime results for specific verticals such as news, videos and images. The same filter can be places for searches across niche verticals, including realtime search results for gadgets, politics, and music.

Lastly, OneRiot has rolled out a new “Tweet” format to search results allowing developers to receive search results and ads formatted like a Tweet, with only 140 characters, including a bit.ly shortened URL. This format is ideal for third-party Twitter applications working with limited real estate.

As we’ve written in the past, OneRiot runs the risk of surfacing irrelevant or spammy content with realtime ads. But as a realtime search engine, OneRiot has invested heavily in spam prevention and is constantly sorting through millions of pieces of content to determine what is relevant and what isn’t. Regardless, it seems like a viable monetization tool for developers.

The startup, which just raised $7 million in funding, has been steadily innovating its product and is gathering up partners quickly. The realtime stream ramped up this year with all the big players adding functionality to their search offerings and OneRiot was smart to get in the game early. As we’ve seen with the various partner deals struck with both tech giants and startups, OneRiot’s search results and API are in demand. And the improvement to its API to be able to refine results and possibly make money will only make its offering more appealing in the future. 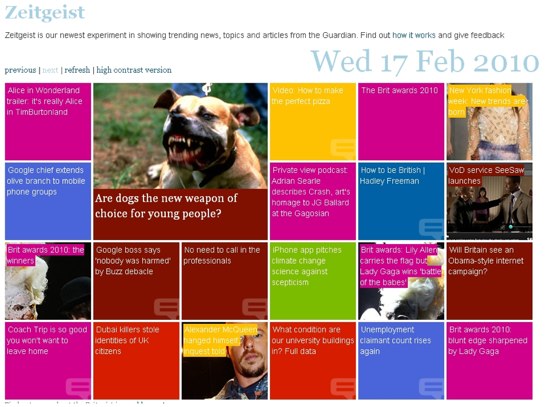