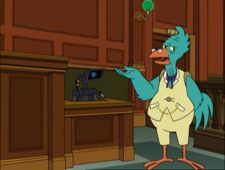 The International Trade Commission must have a pile of Apple -related complaints so high it can… reach some high place. A few months ago Nokia accused Apple of patent infringement, and now there’s word that Kodak and Research in Motion, or RIM as the cool kids say, have also filed a complaint. Kodak says parts of the iPhone’s interface infringe on Kodak patents relating to previewing images.

Being the ITC, we can expect a full ruling—you’re right, he’s wrong—fairly soon, like within one year.

Patents are weird. Anybody, even you!, can go to the patent office and say, “I’d like to patent this idea,” and they’re like, “Sure, fill out these forms.” You don’t have to demonstrate that your idea works. As a result, big companies like Apple and Kodak and RIM can have zillions of patents on file for this thing or that thing. I wouldn’t be surprised if Apple has a flying car patent in there somewhere.