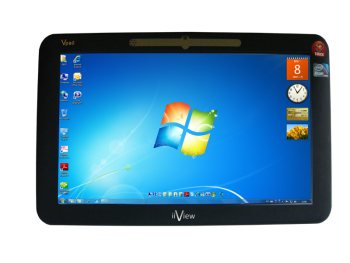 iiView recently announced their answer to tablet computing, the Vpad. The issue is, I’m not sure they understood exactly what people are looking for in a tablet PC. I like tablet PC’s. I like the concept, the idea of a computer that’s portable, uses a touch screen, and plays media. Unfortunately, the specs on the Vpad don’t look very promising.

The Vpad runs Windows 7, which isn’t a terrible thing, and you can always switch to an Ubuntu Netbook remix or something if you don’t like it. The hardware though, that’s where things start to go wrong. iiView went a bit low end on the processor, so using any kind of online video (like say Hulu, or YouTube) will be pretty much impossible on the Intel Atom N270. Maybe it’s just me, but that would be why I would want a tablet in the first place. The N270 will handle basic browsing, ebooks and the like with no problem, but that’s not necessarily the only reason people want this type of hardware.