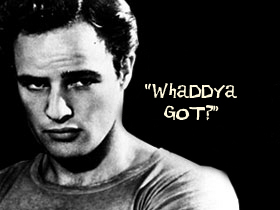 Fellow PC gamers: it’s time to freak out. You’re familiar with Ubisoft’s newfangled DRM scheme that requires you be online in order to play its games, right? It’s 100 percent as awful as we had thought it would be. PC Gamer recently played Assassin’s Creed II, and discovered what a pain the in the ass the DRM really, truly is. Get this: every time you lose your Internet connection the game boots you to the main menu, and all progress made from the last save point is thrown out the window. This isn’t an MMO, mind you, but a plain ol’ single player game. In other words, no Internet, no game. Bravo, Ubisoft.

Off the top of my head, here’s a list of people who won’t be able to play Ubisoft PC game from now on:

• People without 24/7 Internet access. Maybe you’re in the military and play games on your laptop to kill an hour or two? Sorry, you lose!

Off the top of my head, here’s a list of people who will have no problems playing Ubisoft PC games from now on:

Yeah, that’s about it. You show me someone with a flawless Internet connection and I’ll sell you a bridge for a dollar, or some other cliché that I can’t think of right now

The point is, the DRM is completely overbearing.

Let’s be conspiratorial about this for a moment. Maybe Ubisoft is sick and tired of having to devote resources to making PC games. So what it does it, make the DRM so completely ridiculous that nobody buys the game. Then Ubisoft can turn around and say, “See, nobody buys PC games anymore, clearly piracy is to blame.” (Never mind that console piracy is pretty rampant, too.) So then they pull out of the PC market for good.

Good riddance, then. Take your DRM nonsense and become just as irrelevant as the music industry is today.

I already bought Assassin’s Creed II for the Xbox 360 last fall, but I never finished it. I was planning on buying the PC version to actually beat the game this time around, and see how it benefits from a proper GPU (an ATI 5850), but now? There’s no chance of that happening, even if Ubisoft predictably retracts the DRM from the game before it comes out. Too late, the damage has already been done. Be sure to promote the suit(s) who came up with the idea in the first place!