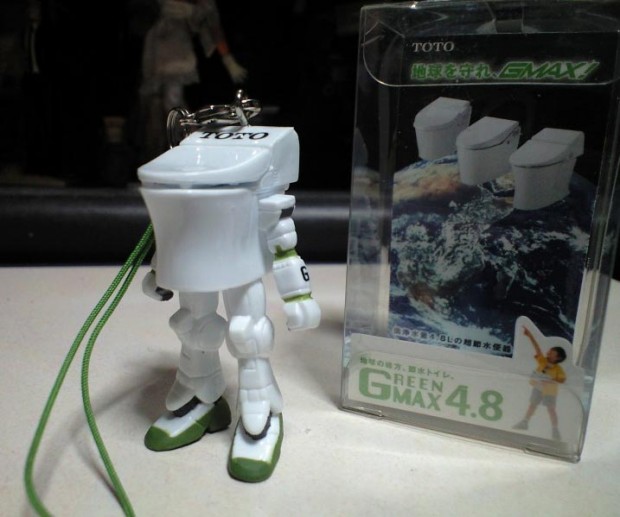 Did you know that TOTO makes GreenMax 4.8 liter toilets? And did you that in Japan these toilets are revered as deities? What you’re seeing here is a TOTO action figure called GMAX whose catchphrase, “Protect the Earth, GMAX! Ready – Switch, on!” is now part of the Japanese National Anthem. It’s true!

Actually all of that was false, but WTF: it’s a TOTO toilet action figure. Don’t we have better things to waste precious oil resources on? Like glasses for the poor? The sheer fact that this exists – and comes in a big package – is an affront to the very standards that GMAX is supposed to be upholding. It’s like making a “Stop the Destruction of the Rainforests” building out of 500 rare rain forest trees.