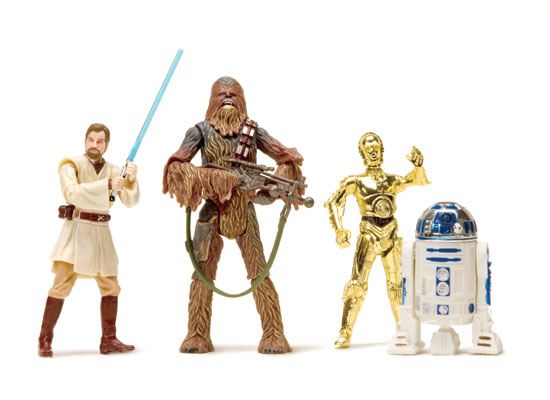 The right merchandise can turn a movie into a mega movie franchise. A movie licensing industry that accounts for 25% of all toys sold in a typical year, the right toys, video games, clothing, accessories, iPhone apps, and action figures can rake in the serious bucks. Numbers released last week for “Transformers 2” show that the movie led to toy sales worth $592 million only six months after its release. Other movies like Star Wars have seen 8 billion in merchandise sales since 1977, with newer movies like Harry Potter rivaling that number only a few years after their release. But what about the adult industry? They make movies, but do they sell merch beyond the typical posters and hats? Do they plan on tapping into the multi billion dollar industry?

But in an industry where the average low budget porn company is happy to sell a thousand units, the question that remains is whether major movie merchandising is a viable option for the adult industry. Cahen says no. “[To create this line], I spent 9 months of R&D to create the highest quality/uniquely designed products at reasonable prices, at least five iterations of each design, hired two full-time designers and two new marketing professionals, met with every large distributor worldwide and a multitude of retailers, interviewed and tested 4 different packaging manufactures, hired over 50 test marketers to give us product feedback, spent untold hours planning sales and marketing and spent a significant amount of money to develop the line. Not many companies have the willingness to go through all that especially if there movies have only sold the industry average of 1500-3000 pieces.”

And movie merchandising doesn’t even work for every mainstream movie. When it comes to partnering with major movies, there is a high level of risk involved even with movies that you think would be successful like 1988’s Roger Rabbit. The animated movie flopped royally when it came to merchandising. That’s why Cahen says DP is taking a stab at lifestyle products, rather than movie fan merchandise: “We feel the pirate ‘theme’ transcends the movies and actually stands on it’s own as a lifestyle theme.” The entirely female oriented line of products targets an audience that may have never even see the “Pirates” movies, but identifies with the product through function and design rather than the movie itself. These aren’t products saturated in movie branding, rather, they are loosely based on the movies theme.

For reviews and pictures of the Digital Playground Pirates Novelties, please click through.