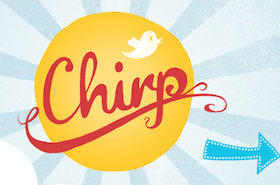 The tickets for Twitter’s first official conference, Chirp, are selling quickly — despite the $469 price. Twitter is planning to release about 800 tickets for the event total but is putting them up for sale in waves. The first batch, about 1/3rd of the tickets, went on sale last month and sold out “within hours,” we’re told. Today, Twitter has just released another batch.

Like the first, this batch contains another 1/3rd of the total tickets. You can probably expect this batch to sell out within hours too. The final 1/3rd of tickets will be sold next month, and Twitter also plans to announce more details about the event at that time — likely other speakers and musical guests, etc. The event itself takes place on April 14 and 15 in San Francisco — probably not coincidentally one week before Facebook’s big annual developer event, f8.

“Demand has been growing as indicated by inbound interest. Everyone is excited about getting the ecosystem’s top developers in the same room as Twitter’s leadership and technical staff for the first time. The planning is going well and Chirp shaping up to be an entertaining and informative event,” is Twitter’s official statement on the conference, which is being put together by Carsonified, the group behind the popular FOWA events (which is taking place in a few week in Miami).

To sign up for Chirp you have to visit this page. To ensure tickets are going to developers who actually want to attend the event, Twitter actually makes you jump through a few hoops using their API to get a password before you can purchase a ticket.