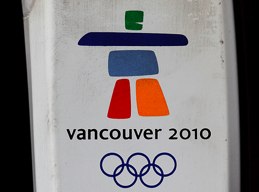 The 2010 Winter Olympics kick off in Vancouver tonight, and for those of you who can’t be tied to your TV every night to watch the opening and closing ceremonies and competitions, here’s a compilation of sites where you can not only watch video highlights of the events but also see pictures, scores, medal counts and news from the Olympics:

1. NBC Olympics: NBC, which is covering the Olympics on TV, has also set up a site where you can catch the latest scores, news and select video coverage of the competitions (powered by Microsoft Silverlight). You can also see profiles of athletes and streams of Tweets from athletes on the U.S. Olympic teams. Unfortunately, it appears that NBC is severely limiting the streaming of competitions and the ceremonies to the general public, so video will most probably be comprised of short highlights. But if you are a cable subscriber, you will be able to access 400 hours of live streaming of the events, but will need to prove that you subscribe to premium-cable service to access full and live videos.

2. Vancouver 2010: Sponsored by the Vancouver Organizing Committee for the games, this site offers schedule of events, up-to-date results and maps of the various event sites in Vancouver.

3. Facebook: On Facebook, there is a dedicated page for the Vancouver Games from the Organizing Committee as well as a page from the International Olympics Committee, which will collects Facebook updates from athletes and post up-to-date photos from the various events.

4. Twitter: For real-time updates from the athletes, Twitter has complied a list of verified Olympic athletes. A site called Twitter-Athletes also provides the handles of many of the Olympians at the winter games.

5. Flickr: Flickr has teamed up the International Olympic Committee to create an official photo group on the photo sharing site. The IOC will also use the Flickr group to publish its official event photos, as well as upload images to its own Flickr photo stream.

7. Yahoo Mobile: Yahoo has also rolled out a mobile web site to allow users to news, event schedules, stats and pictures on the go.

8. Google: Google has optimized its mobile search to provide better results for Olympics searches. On Google’s mobile search interface, you can search for the name of your favorite sport, and the engine will give you the latest info about game results, schedules, medal count and more. On Android and iPhone devices, the search engine’s realtime search feature will show you the latest updates related to the games within the same search results. Google has also rolled out a special homepage for Search (see below).