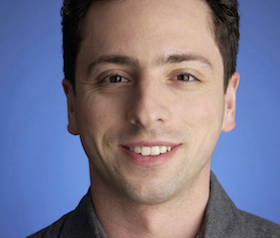 During the Q&A session today following the Google Buzz event, Google co-founder Sergey Brin revealed something both humorous and interesting. When asked a question about practical uses for Google Buzz, Brin noted that he actually used the service to help him write his op-ed about Google Books that ran in the New York Times last year.

Brin noted that he was having difficulty with the article because it’s just his one point of view. So he put out his draft on Google Buzz (which Google was testing out internally within the company at the time), and quickly got dozens of comments. Brin then used this feedback to edit his article.

What’s interesting here beyond Brin crowd-sourcing the writing of his important article, is that they’re apparently using Google Buzz internally in much the way that Google Wave has been set up: As a realtime collaboration tool. Of course, other Googler’s couldn’t edit Brin’s article within Buzz, but instead could comment on it in realtime. This goes along with what I wrote earlier, that Google seems to be positioning Buzz as a step towards Wave. In fact, when asked specifically about Wave, Google VP of Product Management Bradley Horowitz noted that Buzz was actually “inspired” by Wave.