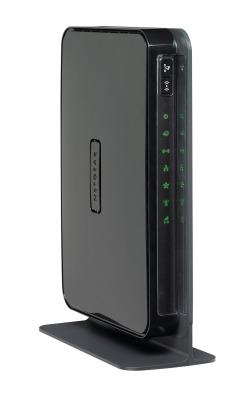 Here’s an interesting fact, if you really stretch the definition of the word “interesting.” Team CrunchGear often used the Novatel MiFi during CES to bring you all that great content. The concept is simple: it takes a 3G signal and then outputs that signal via Wi-Fi. You then connect to the Wi-Fi network. Instant broadband, cell signal depending, for everyone. The same concept applies to the MBRN3300, a router that’s the product of a Netgear-Ericsson partnership.

The Wi-Fi outputs at 802.11n, probably faster than what your local 3G signal can sustain (I would guess, not knowing a damn thing about where you live). There’s also four hardwire ports, if that’s how you roll.

So if you’re actual Internet connection is hot garbage, this type of thing might be worth investigating.