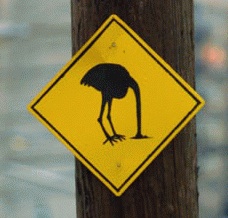 “Busy people don’t want another social network, what they want is the convenience of aggregation. We’ve done that. Hotmail customers have benefitted from Microsoft working with Flickr, Facebook, Twitter and 75 other partners since 2008.” – Microsoft statement on Google Buzz.

When one of the big guys launches a new product, competitors generally just sit it out and let the press do its thing. But Microsoft made a point of reaching out today with the quote above, criticizing Google Buzz as “another social network” and noting that Hotmail has aggregated Flickr, Facebook, Twitter and other services since 2008.

Of course Microsoft also owns a chunk of, and has a search deal with, Facebook. So they’re being threatened on a number of fronts. Still, just the fact that Microsoft is speaking on the record about Buzz shows that the guys in Redmond are a little worried. And they are not the only ones.