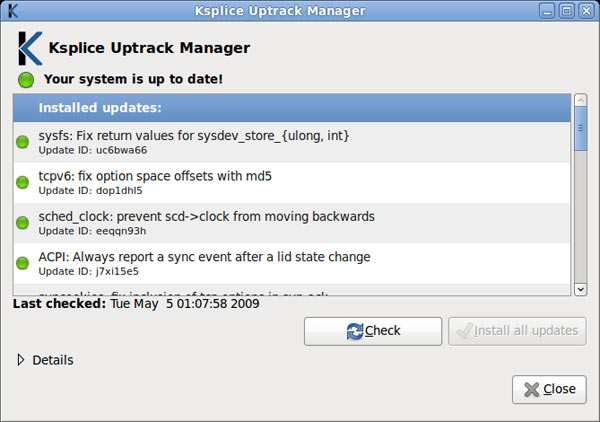 Last summer we wrote about Ksplice, a hot new technology that allows Linux kernel updates to be applied in real time, without requiring a reboot. Whether you want to use this for your personal laptop, or a lab room full of PCs, or a data center hosting environment, Ksplice Uptrack, the company’s hosted service, is now available to the general public. They’re offering a thirty day free trial, plus a completely free (as in beer) version for Ubuntu users.

$4 per month per system isn’t too much, especially if you’re in an environment where any downtime at all results in real dollars being lost. And a free version for Ubuntu users is a great way to prove that this technology works to the folks controlling the purse strings.