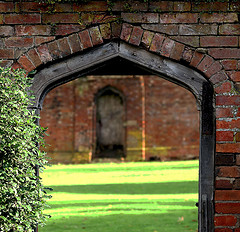 Editor’s note: Is Apple going too far with its restrictions on developers? Alistair Goodman thinks so and explains why in this guest post. He is the CEO of 1020 Placecast, a location-based mobile advertising startup.

Apple’s recent behavior bears an increasing resemblance to carriers with respect to the walled garden they are creating around the iPhone. Restricting applications, restricting the use of location on the device, blocking Flash, and now potentially taking advertising in house—these moves are taken from the carrier’s playbook with the hope of locking out meaningful competition. Ironically, Apple may very well become the barrier to open innovation in mobile in much the same way as carriers have been before the iPhone came along.

What is clear from the announcement to developers last week about plans to deny some apps that deliver location-based advertising is that Apple intends to control the flow of marketing dollars on the iPhone. Less clear are their plans for sharing the wealth with the ecosystem—but if you look closely at acquisitions like Placebase, key hires and patent filings, what emerges is a potentially more ominous view of a company that can only compete in the direct advertising business head-to-head with Google by seizing control of location-based advertising.

Location is now widely understood to be the key to successful mobile advertising because where a consumer is in the physical world and at what the time they are there is such a strong predictor of consumer behavior and intent. “If your app uses location-based information primarily to enable mobile advertisers to deliver targeted ads based on a user’s location, your app will be returned to you by the App Store Review Team for modification before it can be posted to the App Store,” says Apple. While they have yet to entirely exclude developers and ad networks from the equation, their broader strategy around location-based programs certainly has the potential to do just that.

So what is missing from Apple’s strategy? Location intelligence —meaning the ability to return content (and advertising) on a consumer’s iPhone that is always correct, and always relevant for where they are and when they are there. As others have noted, just because a phone has a GPS on it that can locate a user does not mean that what is returned to them is meaningful. Location intelligence is the problem of returning relevant information based on place and time.  It is actually pretty complex—this is something that both Apple and Google are only discovering as they begin distributing their apps to millions of consumers. And doing it at scale—meaning always returning customized content and advertising to millions of consumers in real time—is an extraordinary challenge because it requires managing location data and content at a level of accuracy that today’s online search algorithms are just beginning to grasp.

Apple’s continued march down the path of the walled garden will become harder and harder as Google’s open Android ecosystem grows and the mobile ecosystem as a whole moves towards the more open Internet-like model. Meanwhile carriers will continue to use SMS to deliver location-based marketing across any open smartphone device or any feature phone. If Apple thinks the carriers are going to lie-down and settle for nothing from a new revenue stream in location-based advertising, they should think long and hard about the implications of this choice. Because as much as they are acting like the new carriers, they don’t actually own any wireless bandwidth or cell towers to carry all that data going to and from their phones.