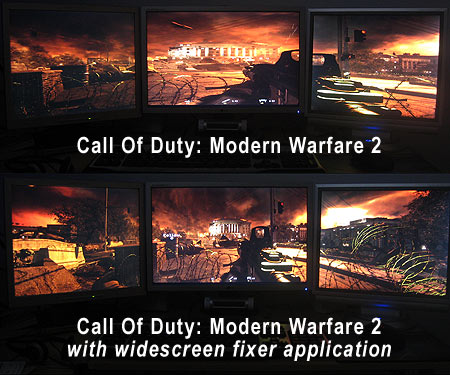 ATI just released a new, super entry level graphics card that should placate, well, not hardcore gamers, but most regular people. It’s the Radeon 5450. Like other 5000 series cards, it works with Eyefinity, meaning that you can spread the image across several screens, as this image swiped from Tom’s Hardware shows.

The card supports DirectX 11, don’t expect to run Crysis at 1920×1200. (It does run the game at lower resolutions, though.) I don’t even know why I wrote this, since the card isn’t aimed at gamers. You want to game, get yourself a Radeon 5850 or 5970. (I’m unfamiliar with Nvidia’s naming schemes.)

Turns out the card isn’t too shabby at all if you’re looking to build a home theater PC. The 5450 works wonders for that, pushing 1080p video just fine.