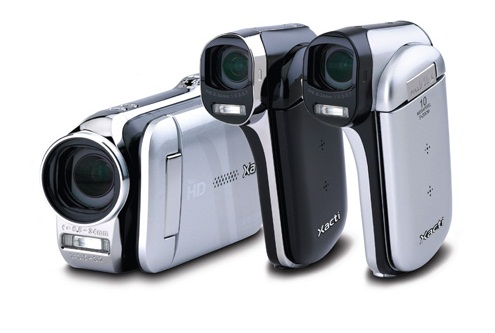 Sanyo announced a couple of tasty XACTI camcorders a few weeks ago for the Japanese market. We praised the cams for shooting 1080p video and 14.4MP stills, but questioned whether or not they will ever reach the States. Well, good news. They’re on the way and should hit retailers sometime next month.