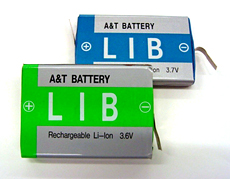 A Japanese company called Eamex claims it has found a way [JP] to increase the life of high-capacity lithium-ion batteries (that can be used in electric vehicles). Eamex says the new batteries can be charged and discharged over 10,000 times. Apparently, they can last about 20 years, too.

As a result, the repeated charging and discharging causes the binding between particles in the tin to weaken, but Eamex’s technology helps to effectively maintain the bonding among those particles.

The company says it plans to introduce a lithium-ion battery with a power density of 10,000 W/kg by the end of this year. The battery could be used to power electric scooters, for example. Eamex also claims batteries based on their technology have “extremely positive” cost effects (without giving specific details), which isn’t hard to believe given their lifespan.