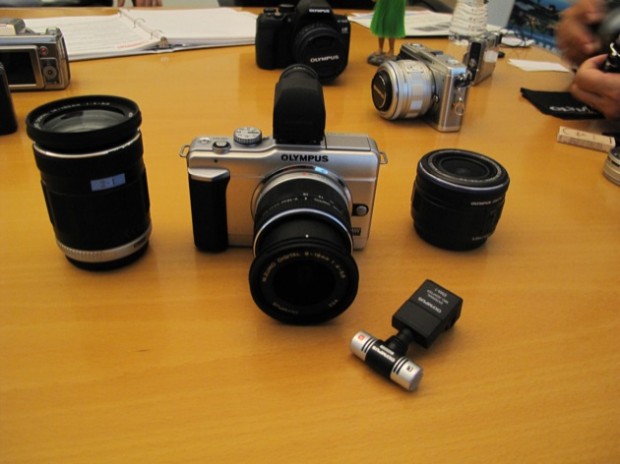 After a series of leaks brought us the news of the E-PL1 early we were concerned that the new member of Olympus’ PEN family would be a clunker. We were wrong.

This new model looks “cheaper” than the EP-1 and EP-2 simply because it is clad in aluminum up front and polycarbonate in the back. This makes the camera considerably lighter than its predecessors. We saw the grey and silver models although the black model is said to look the nicest. I also had a quick hands on with the entry-level point and shoots they announced today.

Here are the direct changes to the EP line:

Single microphone – no more stereo recording except with an add-on.

Direct “hot button” for HD 720p video recording. You can change this button to any other feature in the menus.

Live Guide – In auto mode you can select a number of general settings or tasks. If you want to get motion blur, for example, you can move a slider up and down to increase or decrease blur. Want bokeh? There’s a slider that controls aperture. You don’t have to know anything about anything to change these settings.

In my brief tests I found the E-PL1 to be nigh on exactly what we’ve all been looking for in a micro 4/3s. The Live Guide – complete with tips on shooting animals, kids, and food – is great for beginners while more advanced shooters will like the focus time and the weight and side of the new camera.

At $599.99 for a Body, 14-42mm f3.5/5.6 Zoom lens, and battery pack you’re looking at quite a capable shooter at under what other folks are asking for their high-level point and shoots. 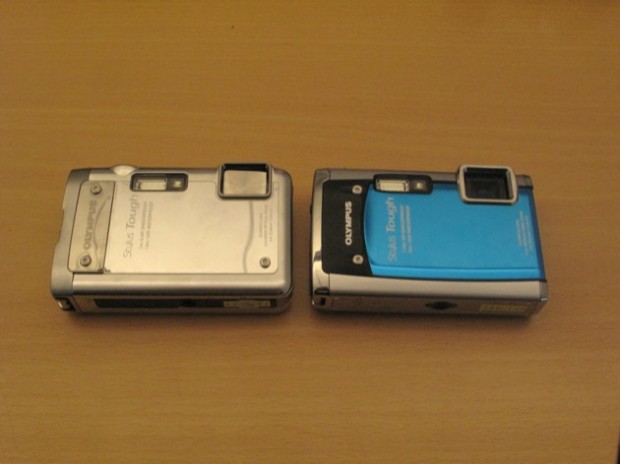 I also saw the Tough 8010, a tough, waterproof camera. The 30x 800UZ is also pretty cool. Nothing amazing except for Ah-Ha mode which creates a “drawing” of the scene in front of you. Fun times. 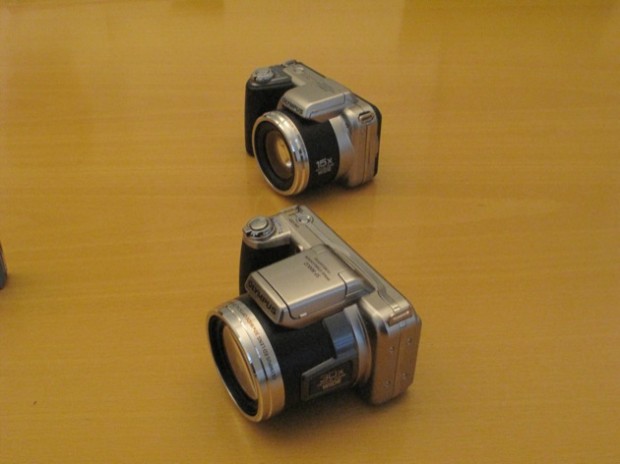