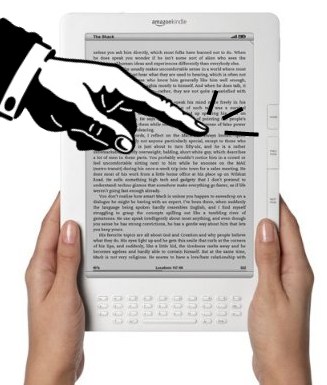 One of the major points the iPad, nook, and other e-book readers have on the Kindle is their touchability. Sure, you don’t need it to read books, but it’s nice if you like interacting with things. Well, Amazon seems to have figured this out, and has purchased a touchscreen company called Touchco (Touchco, really?) that owns a nice, transparent, resistive touchscreen tech that could easily be implemented into a Kindle — even a color one.

The technical details aren’t really that interesting — I mean, it’s pretty much just a touchscreen. But it’s a little troubling that Amazon is just buying them up now. Even if Amazon were to release a new device today, they’d still be behind the times. Let’s hope they get a move on.