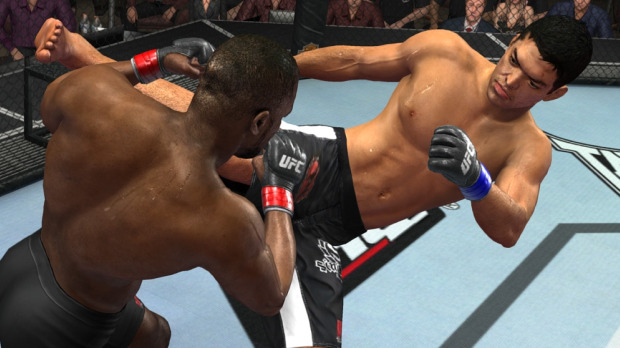 Breaking news: UFC is popular. THQ has revealed that it sold 3.5 million copies of UFC: Undisputed, its fighting game based on the UFC license. And now you know why EA is making EA Sports MMA: big, fat cash.

THQ has subsequently dropped the price of the game to $29.99. Gotta get rid of that excess inventory before Undisputed 2010 comes out later this year.

The game’s success raises a few questions, namely: Is MMA popular in general, or is UFC popular? That is, are we at the point where anything with a UFC logo on it sells, or have people actually embraced the sport? (No, they haven’t, if we’re to believe a recent poll of New York state residents about the possible regulation of MMA.) Or, will EA Sports MMA be a big flop because EA miscalculated the sport’s popularity in the first place? Strikeforce is a fine promotion, and I thoroughly enjoyed last week’s event, but not everybody who watched UFC spends all day long on Sherdog. The number of “casual” MMA fans, to whom MMA = UFC, far outweighs the Sherdog crowd.