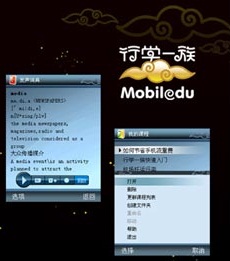 Nokia and education company Pearson have formed a joint venture in China dubbed Beijing Mobiledu Technologies to grow MobilEdu, the wireless education service that the Finnish mobile giant launched in China back in 2007.

Mobiledu is a mobile service that essentially provides English-language learning materials and other educational content, from a variety of content providers, directly to mobile phones.

Customers can access the content through an application preloaded on new Nokia handsets, or by visiting the service’s mobile website and most other WAP portals in China.

According to Nokia, Mobiledu has attracted 20 million subscribers in China so far, with 1.5 million people actively using the service each month. According to the press release and by mouth of John Fallon, Chief Executive of Pearson’s International Education business, China is the world’s largest mobile phone market and the country with the largest number of people learning English.

UK-based Pearson owns the world’s largest education publishing business as well as the Financial Times and Penguin books. In april 2009, it acquired Wall Street English for $145 million in cash, giving it a leading position in China’s English-language teaching market.

The new joint venture company aims to deliver a wide range of services to meet the demand for digital education in China. It will begin operations immediately and will be managed by Angela Long, formerly head of Mobiledu at Nokia.