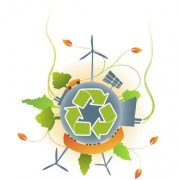 In the State of the Union Address last Wednesday, President Obama said “the nation that leads the clean energy economy will be the nation that leads the global economy and America must be that nation.”  At the same time, on the other coast, 75 clean energy investors, entrepreneurs, and researchers were debating whether the U.S. can gain this leadership position.  They agreed that even though Silicon Valley leads the world in technology, it is not clear if it will ever lead in Cleantech. The Valley may develop some breakthrough technologies, but without government help these are unlikely to translate into global leadership. The technology world is rightfully allergic to government assistance and intervention. Cleantech is different, however, and we aren’t dealing with a level global playing field.

The Knowledge Economy Institute Leadership Summit, which I attended, was held at the Joint BioEnergy Institute (JBEI), in Emeryville, California. The question posed: what will it take for the U.S. to achieve global leadership in the clean-energy economy? The group concluded that the U.S., by far, has the strongest innovation platform in the world. But other countries may well reap the benefits of its research efforts. China, in particular, is making massive investments and has a huge advantage from focused policy and large markets.  Even though China is not likely to produce its own innovation, it will continue to appropriate U.S. technology and gain a major advantage by combining this with its manufacturing prowess.  American firms which are increasingly choosing to build design and manufacturing operations in China will provide it with additional advantage.

What will it take for America to lead? Despite decades of dominance in technology innovation, America has a dilemma in the clean-energy economy. Most entrepreneurs aren’t getting the support needed, and we are unable to translate research discoveries in our universities into profitable businesses that attract high levels of investment, make lots of money through manufacturing, and create jobs.

There are two problems with university research – the system for commercializing discoveries doesn’t work well, and there is no clear path-to-market for new technologies which do make it out the door. I’ve written about these problems and I prescribed some workarounds. JBEI is a bold experiment to fix some of these problems the right way. It brings together researchers from different disciplines with business. And it has a practical focus on solving real-world problems.

Centers like JBEI may produce major breakthroughs in technology. But that is when the next set of problems kick in both for university research and for entrepreneurs – clean energy is different than other technologies.  Startups typically need hundreds of millions of dollars to develop and scale up technologies.  Investors don’t see steady, strong and growing markets. So, few are taking the risks and making the big investments.

U.S. policy is not as aggressive as other countries in creating sustainable markets, investing in commercialization, or promoting manufacturing.  Take, for example, Japan’s Sunshine Project and related initiatives that have consistently driven that country’s clean-energy policy since 1974.  Japan has succeeded in building infrastructure, markets, and technology companies that help meet national energy security goals for the long-term.  The U.S. has not.

Contrast this with how U.S. government responded to challenges to its semiconductor industry by rallying behind it and keeping a significant value piece here.  How do we keep our innovative clean-energy companies and their design and manufacturing operations in America?

We need to learn from other countries.  In industries like Cleantech, success depends upon consistent and reliable government policy that links market supply and demand over the long-term.  U.S. policy has been cyclical, unilaterally focused on petroleum, and unrealistic about the value of short-term subsidies and support.  American startups suffer from inconsistent pricing-signals that make investors wary.  As investment cycles wax and wane, small companies lose top talent and are unable to recruit it back when funding begins to flow with the next cycle upturn.

Policy makers need to look at things that affect pricing. Energy is a commodity and it is all about cost.  The energy sector is undifferentiated.  Startups compete with large incumbent firms.  Moreover, clean-energy technology often has a deceptive fit with current industry and markets.  Take biofuels, for example. The high ratio of bulk-to-fuel, distributed biomass sources, and inherent chemical variation dictate smaller-scale and more regional patterns of development and deployment than for petroleum.

Consumers are key.   Consumer perceptions of energy prices have potent effects on the market.   China figured this out.  In addition to subsidizing manufacturing, it is training thirty thousand salespeople to sell new clean technologies to consumers. In the U.S. energy is just too cheap, so consumers don’t see the benefits of Cleantech. Rebates and short-term subsidies just aren’t creating long-term demand. As a result, entrepreneurs trying to build companies on energy efficiency are finding it hard to stay afloat.  The demand and growing markets are just not there.

Will America meet President Obama’s call for global leadership in the clean energy economy?  Not likely if Congress and state governments don’t make it a lot easier for startups to attract investment and a lot more attractive to manufacture here.  Governments need to coordinate comprehensive, long term energy policy – now.