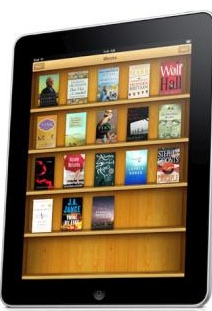 Editor’s note: Ever since yesterday’s debut of Apple’s iPad, the debate has been raging about what it means for Amazon’s Kindle. Will it kill it? Will it not? Is comparing the two like comparing a computer to a typewriter? To add fuel to the fire and, well, because we love top 10 lists, we present this guest post from Ben Elowitz, who comes down very firmly on the Kindle-is-kaput side of the debate. Ben is co-founder and CEO of Wetpaint, a media company with an audience of 10 million monthly unique users; and author of the Digital Quarters blog. Prior to Wetpaint, he co-founded Blue Nile (NILE), the largest online retailer of fine jewelry.

1) The multi-functional capability. Buy a Kindle and you get… a reader. Another dedicated device to carry. Buy an iPad, and you get a whole new companion that can do pretty much anything. Games, movies, browsing, documents, and more—all in one. And zillions of iPhone apps. It’s sooooo much more than a reader, it’s a whole-life device.

2) The screen. Full color, multi-touch screen, gestures, and more. It’s a pleasure to look at it – and we all can rely on Steve Jobs’ aesthetics to know that it’s a pleasure to hold as well.

3) The compatibility. iPad supports ePub out of the box, overcoming publishers’ resistance to having to support a proprietary format such as Kindle’s; and creating compatibility with books sold through a leading standard format through any channel. (Something tells me Amazon will be making an announcement about ePub support real soon…) 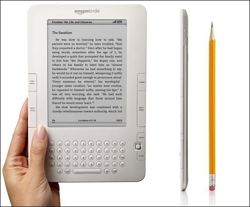 4) The iBooks store. Apple has captured the magic of shopping. Once again, whereas Amazon does great with the functional needs of buying a book, Apple goes beyond to create an experience.

5) The experience. The Kindle provides a good functional experience for readers—in a very Bezosian way, it meets all our needs. But Apple’s creation goes beyond, to make the experience fun and cool.  You can swipe through pages on an iPad.  On the Kindle, you have to dutifully click a button.

6) The economics. Publishers have been deeply concerned about price erosion with Amazon’s $9.99 pricing—and have been up in arms over Amazon’s 70% revenue share take. Though Amazon has reversed the revenue share (to match Apple’s reported offer at 30%), it would require publishers to cut prices and offer deep discounts. Considering the threat the publishing industry is under, the last thing that publishers want in a time of transition is to have their revenues crammed down further by Jeff Bezos.

7) The apps. In a digital age, a book is (finally!) becoming more than just words on a page. But the Kindle has been slow to recognize this. With the iPad, out of the gate publishers can create whole experiences. Want to create something unique in the market to draw consumers? Publishers can go beyond e-books, and create an app using one of the world’s most popular SDK platforms.

8) The marketplace. Apple’s iBook and App Store marketplaces will instantly be a must-attend venue for publishers. The anticipated sales of the iPad will mean exposure to so many more consumers than Kindle; and Apple already has 125 million consumer store accounts with 12 billion products already downloaded. Amazon won’t even release the number of Kindles sold, because the number of consumers buying its device pales next to Apple’s reach.

9) The price. For $10 more than a Kindle DX, consumers get an incredible ebook reader, and so much more: a device that they can use for, well, pretty much anything. The options, consumer experience, and flexibility for that $10 are a no-brainer.

10) The Apple factor (a.k.a. “sexy”). Let’s face it, Apple is a brand people want to be affiliated with. It has a cool factor. Even those of us who are smart enough to know better still fall in love with Apple products, and carry them with pride. Amazon just doesn’t have that. As Jason Kottke says, “the iPad makes the Kindle look like it’s from the 1980’s”.

Apple has upped the game for Amazon.  Jeff Bezos and his team better start a clean sheet of design if they want Kindle to catch up again and play as a leader with consumers.

It’s clear that Amazon is already scared: witness their recent moves in the last few days running up to Apple’s announcement. Just this month, they’ve announced an app framework and a new royalty structure to be more attractive to publishers – and both moves are clearly defensive catch-up plays to respond to the threat of the iPad. Amazon is even trying to win love by giving away free Kindles to their best customers.

But the best plan for Amazon isn’t to try to buy customers or try to match Apple’s approach. Rather, they’ll need to re-think their consumer experience from  start to finish. They’ve done a great job so far of digitizing books, but now if they want to compete with Steve Jobs’ inventiveness, they’ll have to step up to be a must-have device in consumers’ digital lives.  Of course, they can also just surrender and continue to sell books through their existing iPhone app, which should be compatible with the iPad like all the other apps in the App Store.