Okay, we’ve all seen the iPad now. We’ve read all about it. We’ve seen video of it in action. But how is it to actually hold? I took a bunch of pictures of people playing with it in the demo pit today after Apple’s event. The consensus amongst those I talked to? It’s actually quite comfortable.

I played with one myself for a bit and have to agree. While it’s nowhere near as light as a Kindle, it feels much more solid and because it’s significantly larger, is easier to hold with two hands. But it’s also light enough that holding it with one hand is not a burden. And it’s extremely thin. Plus, unlike the Kindle, you can easily swap between portrait and landscape positions.

As for finger smudges, that’s another story. The Apple reps were quick to wipe it off after each demo as it was quite greasy after each hands-on. But the screen is bright enough that you don’t really notice it except around the black edges.

Note the pictures below of it next to the Kindle, as well as it next to an iPhone and an old school iPod. 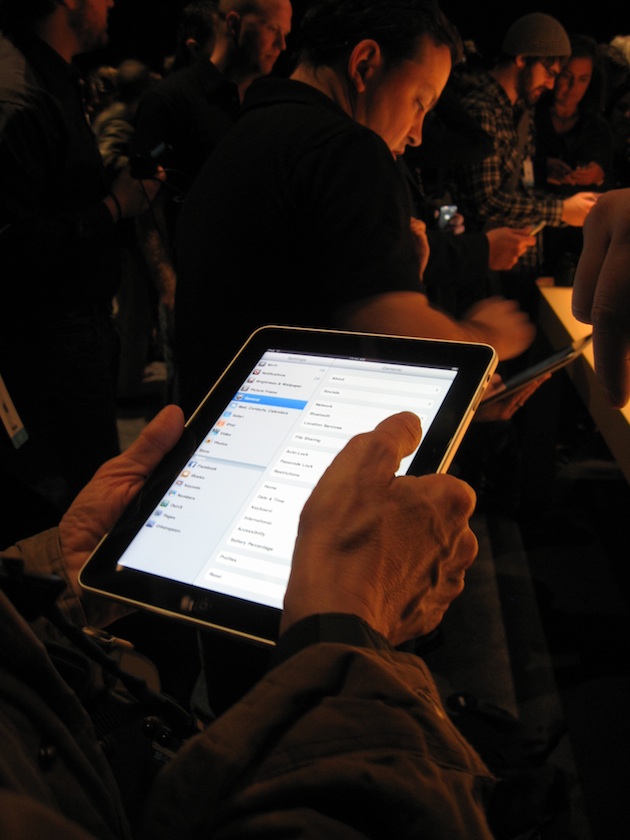 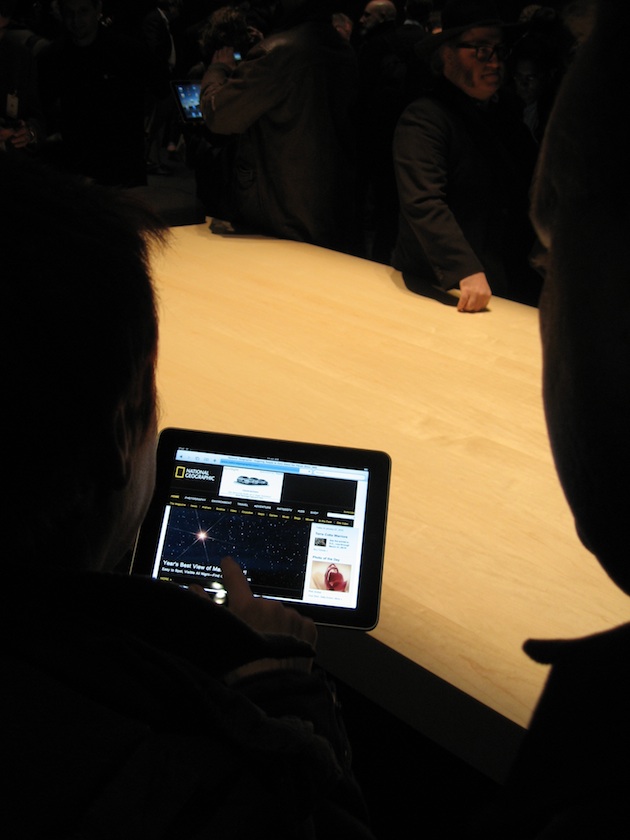 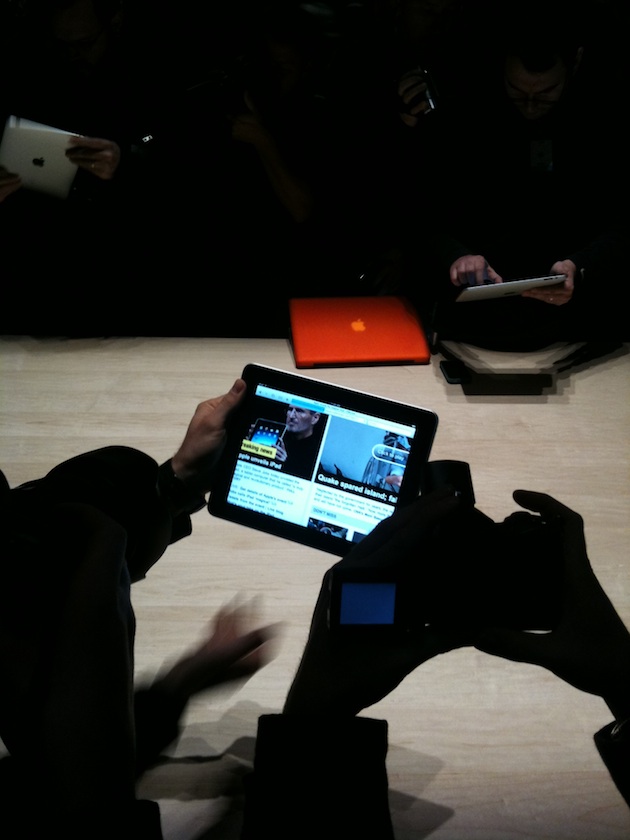 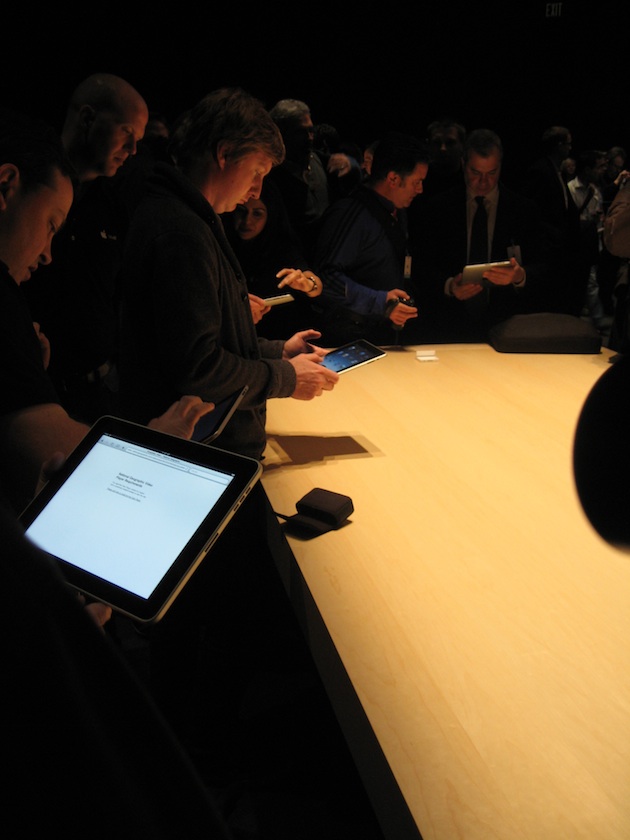 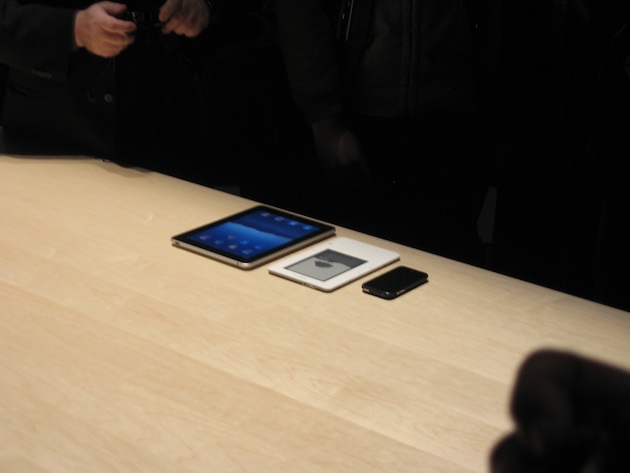 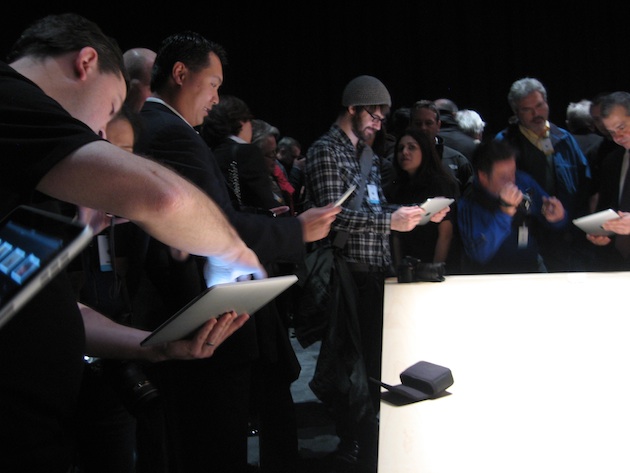 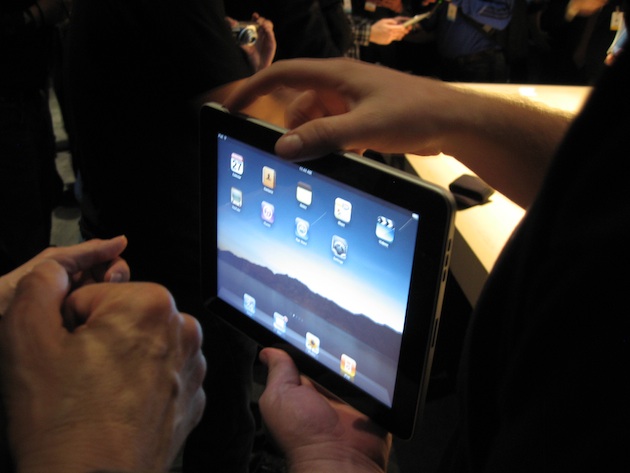 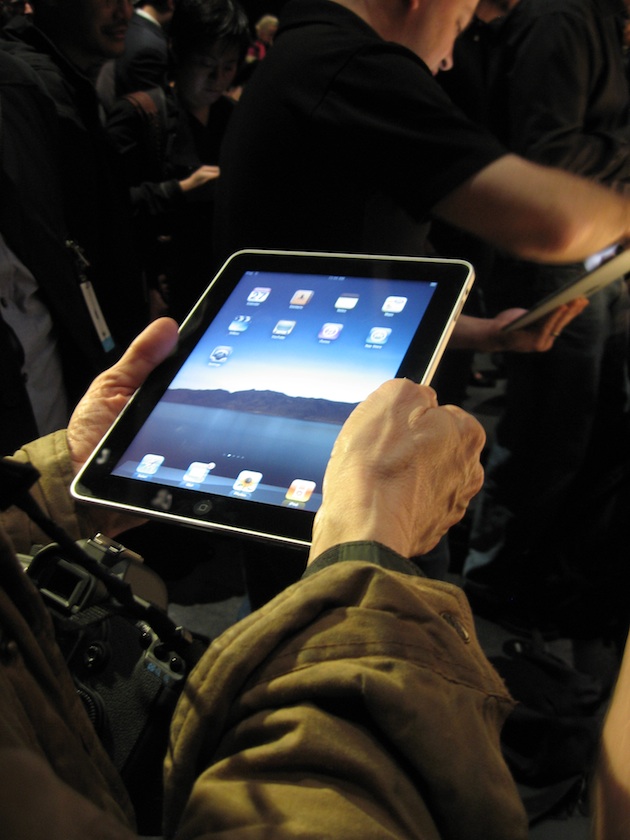 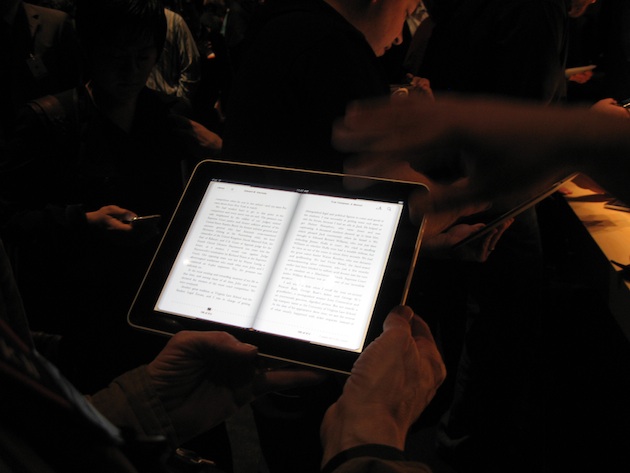 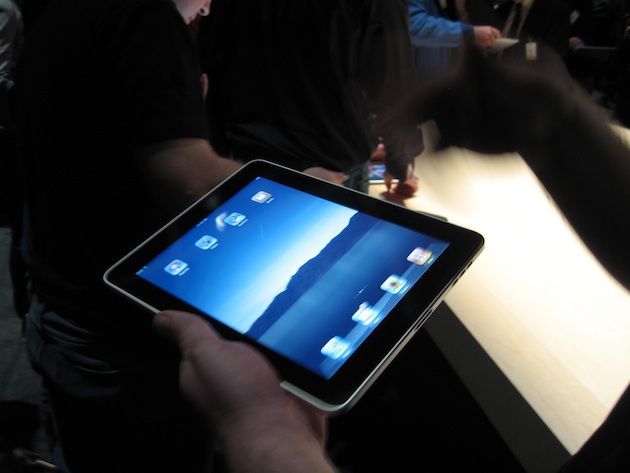 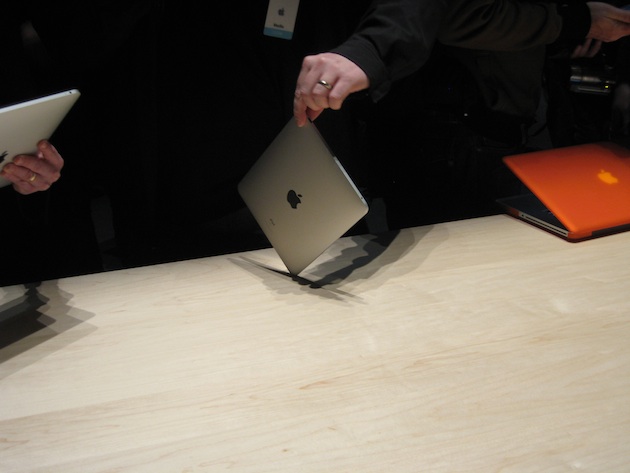 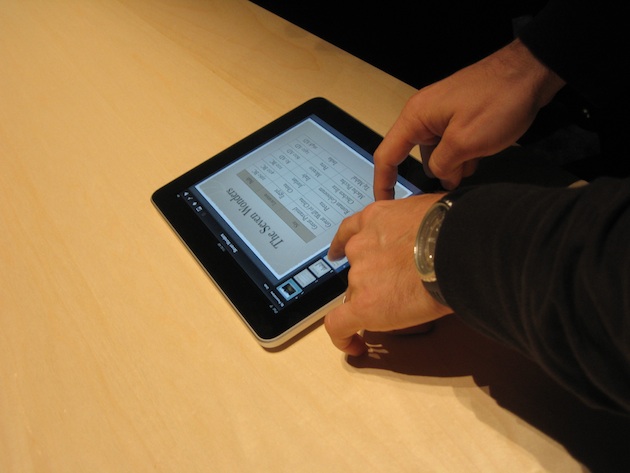 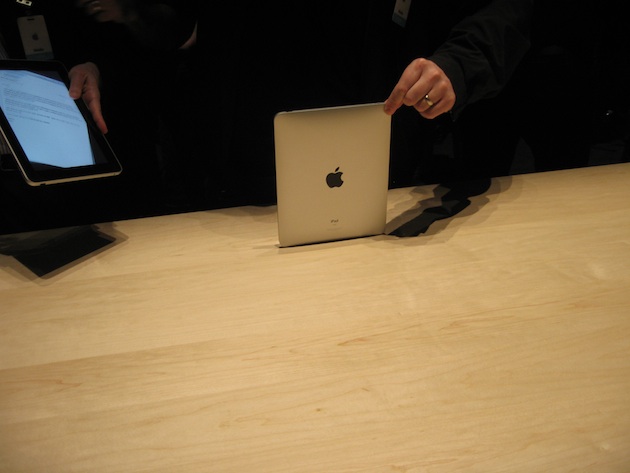 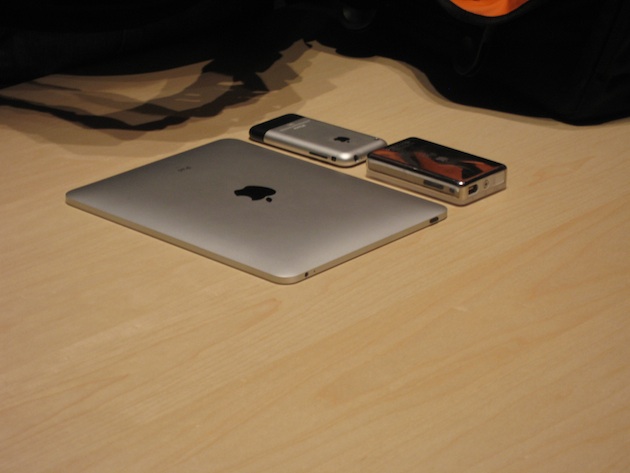 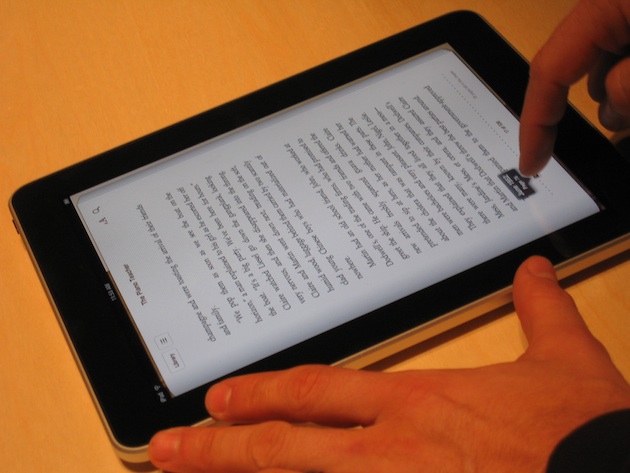