I’m just going to take it.

That’s right, Comcast . This is me, waving my white flag. I’m not going to complain to you any more. Why did I even try in the first place? It’s like trying to erode Mount Rainier with licks. So from here on out, I’m just going to take it. All the outages, all the fees, all 20 levels of customer service. Who was I kidding, anyway?

Before anything, I should say that it’s a miracle that high-speed internet even exists in the first place. I can download things, when the connection works, at a megabyte a second or more. That’s fantastic! It’s transfer speeds from the future. I’m trying not to take that for granted.

Here’s the thing, though: you charge me a monthly fee for that service, and that service is only fully accessible about 5 days out of the week by my count. I even paid extra for your “power boost” until I realized it wasn’t making a difference. I suppose I should thank you for getting me out of my apartment to work every once in a while, but really, enough of my income already goes to coffee. But what can I do? You guys have never once been able to fix it when it’s been slow or gone. I’ll talk on the phone for half an hour and listen to a technician say thoughtfully, “Hmm, yes, we’re seeing a lot of packet loss, that shouldn’t be happening.” No, it shouldn’t — but you’re going to charge me anyway. 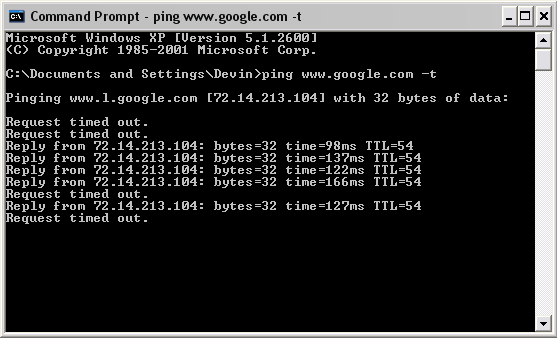 Maybe you’ll send a guy out and he’ll install a cable modem known to be a piece of garbage. Later, when I have problems, you’ll send a guy to replace it. And you’ll charge me both times. What can I do? Call in? You’ll express concern that I wasn’t notified that there would be a $30 fee to replace the broken modem you charged me $30 to install, and which I was paying $5/month for the privilege of renting. I should have been notified. Yes, I should have been — but you’re going to charge me anyway.

Maybe you’ll blame it on old wiring. Sure, I live in an old building. The funny thing, though, is that the wires are the same today as they were yesterday, yet the service I pay so much money for is not. Of course, you don’t remit $0.20 to my account when it’s offline for an hour, or a buck when it’s off for a day. I can’t “return” the product you sold me, even if it’s faulty. How ridiculous for me to even contemplate it! I remember hearing about a guy who would get the whole month comped if he had any downtime at all (not Comcast). For comparison, here’s my experience: I used to have to call support from a review phone because 1-800-COMCAST would automatically forward me to Time Warner in California due to my 310 area code. But hey, it’s $75/month whether I get 30 days of service or 20.

I could threaten to leave, but there isn’t a comparable service to switch to, as you well know. You and your pals divided up the blocks and districts so your service areas don’t overlap. And I can’t downgrade — won’t ever be able to — because your fee structure is hopelessly obscured by promotions and cable TV upsells; I even got a “Cable Television Franchise Fee” plus taxes on my internet bill. Sure, why not? The people I talk to on the phone sound confused when I ask for “internet, just internet, the cheapest you have.” That product literally does not exist on your High Speed Internet products page, by the way. Do you actually sell it?

I guess I sound like an entitled, bitter little whiner. That’s about right. Since I pay a fee you quoted, I’m entitled to the service you promised. And for the record, I’m perfectly happy to pay what I pay for what you said I was going to get. But since you’re not providing it, I’m going to whine. And now, embittered, I’m giving up. Because nothing I say or do will change the quality of the service, or the service of your partners and fronts all over the country — Time Warner Cable and such, you know who you are.

So you win, guys! You’ve worn me down, you and the rest, with a decade of troubles. Sorry, fellow downtrodden customers, I just can’t do it any more. It’s time for me to lay back and think of England. I surrender.

Note: I feel it is my responsibility to add that I do not mean this to reflect poorly on the techs or customer service people I’ve dealt with, including the quick-to-reply Comcast commmenters below. They do their jobs. It’s just that their job is usually to upsell, delegate, and enact a rotten corporate strategy at a unit level. It’s Comcast, and ISPs like them, whom I am giving up on. 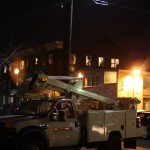 Update: A nice man with a cherry picker has come to my neighborhood, two hours after this post. I hope everyone gets this level of consideration! Note I never said they wouldn’t respond in a timely fashion, only that the problems are not limited to that box on the lamppost.