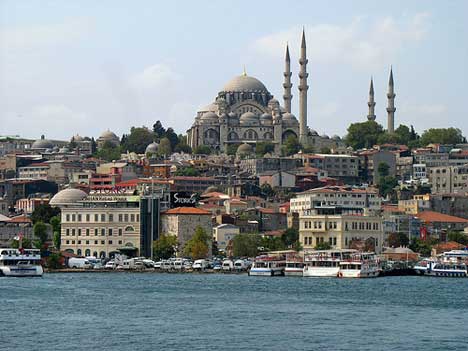 For the past couple of days I’ve been in Turkey, absorbing the tech scene in Istanbul (tomorrow I’m in Munich, Germany, for DLD). I was invited over by the Nubridge Venture Summit which brought together a panoply of European VCs to listen to Turkish tech companies set out their wares. What emerged is a picture of a country in high growth, as this economy and its entrepreneurs latch on to the possibilities offered by the Internet and mobile platforms.

But first, let me tell you a story. Two years ago I contacted Turkey’s pre-eminent “Web 2.0” blogger, Arda Kutsal of Webrazzi. I said let’s do a TechCrunch Europe meetup in Istanbul. Duly, a few weeks later I took a flight out, got to the hotel he mentioned and figured Arda had organised the meetup in the bar. No, said the receptionist, “It’s in the Grand Ballroom.” I headed down the hall to find about 400 people. That was the kind of thing that was going on then.

Two years on, with a packed room full of European VCs and private equity people hearing pitches from a wide range of Turkish technology companies, it’s clear the investment community is keenly interested in this market.