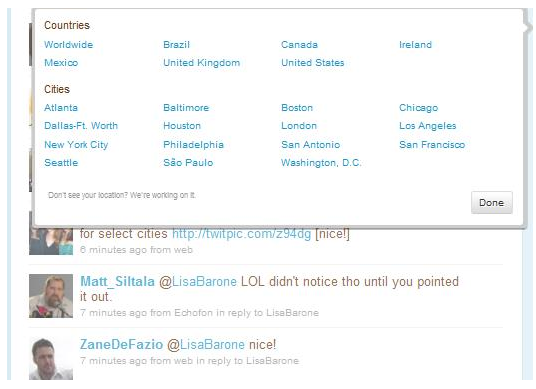 As you can see in the picture, Twitter has started to roll out its new Local Trends feature which takes the standard Trending Topics data and uses Twitter’s geolocation functionality to make it based on location. Twitter team members Ryan Sarver and Raffi Krikorian have confirmed it is starting to roll out. We noted this feature back in November when Twitter said there would be an API for it, but unlike actual geolocation, they’re clearly going to be featuring on the main website as well. This is a big part of Twitter’s effort to clean up the Trending Topics area which has become overrun with spam.

While only a limited number of users can see it right now, user LisaBarone was able to capture it in action. As you can see, she only captured the ability to switch your city or country to find trends based on the location. Look for more screenshots soon.

Update: And here’s another from Barone. 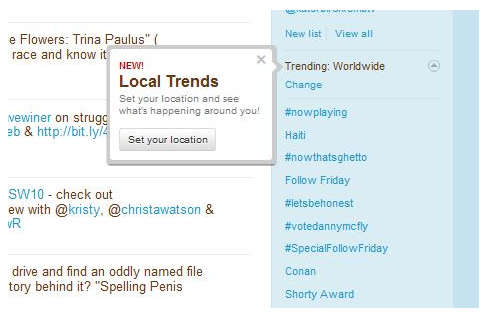 Update 2: Twitter Platform Director Ryan Sarver has tweeted us a bit more information about the feature. Apparently, “Coachella” is a term only trending in LA and San Francisco, which makes sense since it’s a concert based in California. As you can see in the screenshot below, “LAFD” is also trending in LA. 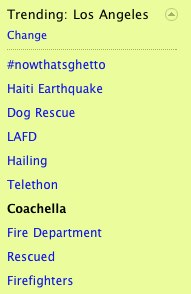