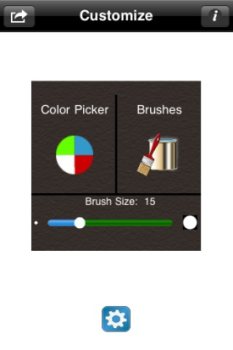 So we always hear about how hard it is to get an iPhone app approved by Apple, but here’s an interesting case; an 11-year-old boy managed to not just write an app, but get it approved, and now he’s donating some of the proceeds from the sale of that app to a children’s hospital.

This kid didn’t just teach himself how to program, but he also managed to get the app approved, something that many adults can’t seem to manage. The app is called iSketch and it’s a drawing and painting program with your choice of brushes, and colors, along with the ability to send your drawings via email. Now 11 year old Cameron has committed to donating a portion of the proceeds from the sale of his app to the Mattel Children’s Hospital UCLA in Westwood and Santa Monica. That’s something you have to respect no matter how old you are. Normally we find it hard to get excited about iPhone apps (well, except for Button) but this is something worth passing on, if only to help Cameron with his donations. If you want to know more, here’s a link to his blog as well.

Here’s the letter we got today from Cameron’s father:

My son Cameron is 11 years old and, last year, he had a medical problem that prevented him from participating in the physical activities he otherwise enjoys. (He is nearly fully recovered.) During that time, Cameron became interested in computers, and he began to read anything he could get his hands on. He watched Stanford University professors on iTunes, scoured the web for articles on programming and taught himself several different programming languages. (Neither my wife nor I have any idea how to program.) Cameron began to focus on the iPhone and iPod touch devices as the “apps” offered for sale for use on those devices seemed really cool to him. He began to work on a few different apps. After completing some summer camps on programming and continuing to read and learn, Cameron finalized an app, which he calls iSketch, and submit it to Apple. The app, which is a painting/drawing program, was approved by Apple for sale on its App Store in December. (He has since updated it several times..)

Inspired by the care he received at Santa Monica-UCLA Medical Center and Orthopaedic Hospital, Cameron has dedicated a substantial portion of the proceeds from his sales to purchase entertainment and electronic items for Mattel Children’s Hospital UCLA’s Child Life/Child Development programs in Westwood and Santa Monica so that pre-teens and teens will have additional age-appropriate options available to them during their Hospital stays. Cameron’s sales so far have been good, but he hopes to accelerate them so that he can donate even more to the Hospital.