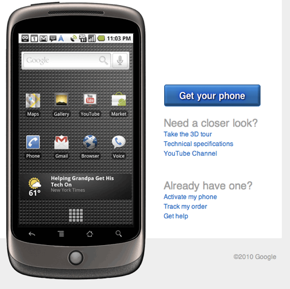 Over the last few months Google has been very generously offering free Wi-Fi to travelers at dozens of airports across the country as a sign of holiday cheer. Now it’s becoming clear that their motivations are not purely benevolent: we’re getting multiple reports that when you log into Google’s free Wi-Fi service at some airports, you’re immediately forwared to Google.com/Phone, Google’s new mobile webstore that now sells the Nexus One. Well played, Google. Well played.

This is yet another example of the unconventional marketing blitz that Google has ready for its first phone, which also includes a prominent ad on Google’s famously spartan homepage.

You can’t really fault Google for doing this. After all, they are giving airport Wi-Fi (which often costs $5-10 or more) away for free. And other free airport Wifi certainly isn’t afraid to plaster your screen with ads. We’ve reached out to Google to see if the redirect is happening at every free airport Wi-Fi hotspot, or only at some of them.

Update: A Google spokesperson confirms that some WIFi users are directed to the web store, but says that Google also directs some users to other promotions depending on browser type, their existing settings and cookies.

Thanks to Charlie White for the tip 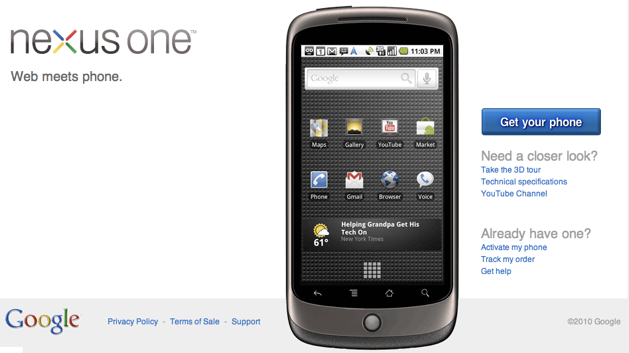