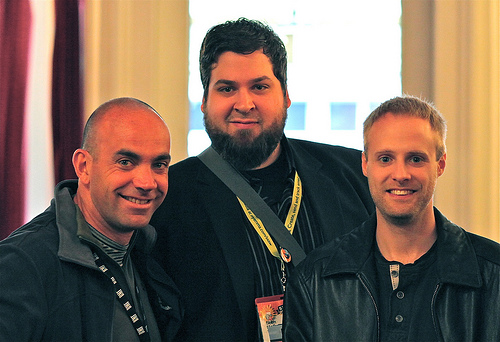 Well that didn’t take long. Just four days in 2010 and we already have an acquisition. Social networking application Seesmic has acquired the social status updater Ping.fm.

The move positions the various Seesmic applications (web, desktop, and mobile) to be able to update some 50 social networks very easily. Seesmic is also acquiring the over 500,000 current Ping.fm users as well as the two co-founders, Adam Duffy and Sean McCullough, who are joining the Seesmic team full time.

Financial details of the deal were not disclosed, but Seesmic founder Loic Le Meur tells us that Duffy and McCullough are “becoming Seesmic shareholders obviously and key part of the management team.”

On January 1, Le Meur wrote that a 2010 goal for Seesmic was to have 1 million status updates a day. This acquisition will make hitting that much easier as Ping.fm adds some 200,000 updates a day to Seesmic’s arsenal. Le Meur promises that all of the Seesmic applications will gain Ping.fm integration shortly.

More importantly, Seesmic is promising to maintain and extend Ping.fm’s API and platform (there are about 100 applications that currently use Ping.fm for various reasons). Undoubtedly, they hope that this will be a compelling part of their upcoming plug-in support for Seesmic, as well. And Seesmic users will now be able to use Ping.fm’s core features such as being able to update via IM, SMS, and email.

This addition is a big plus for Seesmic as they aim to become the go-to application for social network updating. Rival Brizzly, by comparison, can only update Twitter and Facebook.

(Disclosure: TechCrunch founder Michael Arrington is an investor in Seesmic, but I’m not)