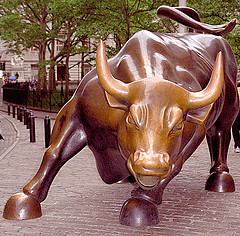 It’s been a long drought for IPOs, but venture capitalists and tech entrepreneurs are hopeful that 2010 will be the year they rain down on the Valley once gain. Earlier this year, a handful of IPOs trickled out, such as OpenTable, Rackspace, and A123Systems. But what people are really waiting for is another Netscape moment—an iconic IPO which will whet investor’s appetites and open the floodgates for others to follow.

Below is our list of the top ten IPO candidates for 2010 in the technology industry (and, no, it doesn’t include Twitter). I conducted an informal survey of some top VCs and angel investors. These are the names whispered about the most in the Valley and other tech circles. The hope is that the economy will swing back and the public markets will become receptive to IPOs, especially towards the second half of the year.  The stock market in general is finding its legs already.  The S&P 500 is up 24 percent this year. If the bull market continues, that will be good for the prospects of seeing these potential IPOs.  And if it doesn’t, there’s always M&A.

If there is one company which everyone is looking towards for a new Netscape moment, it is Facebook.  The company can pretty much go public any time it wants.  It is already the fourth largest site in the U.S. and the world.  Its last private common stock sale valued the company at $11 billion, which may or may not be rational.  The key to a large public valuation will be whether Facebook can figure out how to turn all of that attention into advertising dollars.  So far it is said to be on track to beat its $550 million revenue projections from earlier this year.  A Facebook IPO would certainly create a halo effect for other tech offerings.  Even if it doesn’t go out in 2010, the prospect that it might could still help other companies go public as hungry investors grab what they can get.

Social game developer Zynga is on a tear, with more than 230 million people a month actively playing its games such as FarmVille, PetVille, and Texas HoldeEm Poker.  The company just raised a whopping $180 million round.  It is believed to be Facebook’s largest advertiser and pulling in at least $250 million in revenues on its own.  But it is also at the center of the Scamville controversy over how it makes some of its money from scammy offers.  If it can convince investors it has cleaned up its act, they will gobble up an IPO.

The other social network, LinkedIn is like the enterprise version of Facebook. It is where business gets done and people find jobs.  LAst year alone it raised about $75 million at a $1 billion valuation. Founder Reid Hoffman has spoken repeatedly about LinkedIn’s ability  to IPO.  Earlier this year, he recruited former Yahoo exec Jeff Weiner to be CEO and is spending more time himself as a venture capitalist, which has always been his sideline.

Glam Media is one of the fastest growing ad networks and collection of fashion- and women-oriented sites.  At a time when traditional media and women’s magazines are suffering, Glam is saw display advertising revenues across its network up more than 50 percent in 2009.  CEO Samir Arora expects the company to be profitable in the fourth quarter, and is recruiting executives with big-company experience.  Ad networks which dominate their niche are an easy lay-up for investors.

Demand Media is another LA-based company, started by former MySpace chairman Richard Rosenblatt.  Demand Media owns a collection of sites such as eHow, Livestrong, and countless niche sites.  It also owns domain name registrar eNom, which generates a lot of its cash.  Demand Media is a content mill, churning out articles and videos for its niche sites like Golflink.com and Trails.com  cheaply and quickly in response to what people are searching for.  It may not be sexy, but it is lucrative enough that potential acquirers are sniffing around and AOL’s Tim Armstrong is looking to copy and improve on the niche content model.

Gilt is a private online shopping club for luxury goods.  Its revenues are reportedly around $200 million this year, and expected to more than double next year.  IPO talk is already in the air.  Gilt’s counterpart in Europe, Ventee-Privée, is rumored to be in acquisition talks with Amazon for around $3 billion.  And Kleiner Perkins just invested in One Kings Lane, another private shopping club based in England.

Another niche e-commerce play could be Etsy, the Brooklyn-based marketplace for handcrafted goods.  Sellers on Etsy are on track to trade $200 million worth of goods on the maretplace this year, double from last year.  Founder Rob Kalin recently took over again as CEO and says the company is now profitable.  Etsy will never be as big as eBay, but its focus means that can become a the alternative eBay for buyers and sellers of high-quality, custom-designed apparel, furniture, and other goods.

Yelp was nearly acquired by Google for around $500 million before the deal broke down last week.  The fast-rising local reviews site now might try the public markets instead.  The company already has 300 employees and is becoming a powerhouse in the online advertising for local businesses, which is an area of growth every major Web company wants to participate in.  Already the IPO filings are starting to come in, with ReachLocal filing to raise $100 million for its local ad network.

Why would you invest in GM IPO if you could invest in Tesla instead?  Silicon Valley’s electric car company is expected to hit the public markets.  Building a car company takes massive amounts of capital, and Tesla has raised nearly $800 million so far.  Most of that comes in the form of government loans, such as the $465 million it received as part of the government’s $25 billion bailout of the U.S. auto industry.  A lot of the capital also comes from partner Daimler, and billionaire founder Elon Musk.  But, hey, at least Tesla is profitable, which is saying a lot for a car maker.

Despite all the drama surrounding eBay’s recent sale of Skype to a group of private investors including Silver Lake Partners and Andreessen Horowitz for $2.75 billion, the deal got done.  Skype is already a major Internet brand, with more than 500 million users of its Internet calling, IM, and video communications service, and $185 million in quarterly revenues.  Before eBay found its buyers, it was very publicly pursuing the IPO route.  And given that eBay retains a 30 percent stake in Skype, that is still an option if its growth continues apace.

Runner’s Up:  The ten names above are the most likely to go public if the markets open up.  Other companies which might tap the public markets include Associated Content, Brightcove, Digg, StumbleUpon, LiveOps, Workday, MerchantCircle, ExactTarget, Chegg, and Rearden Commerce.  Most informed observers do not expect a Twitter IPO next year.  It is too early.  The company just raised $100 million, and still needs to figures out its business model.  Maybe in 2011.

Which of these companies do you think is most likely to IPO?  Which ones would you invest in?