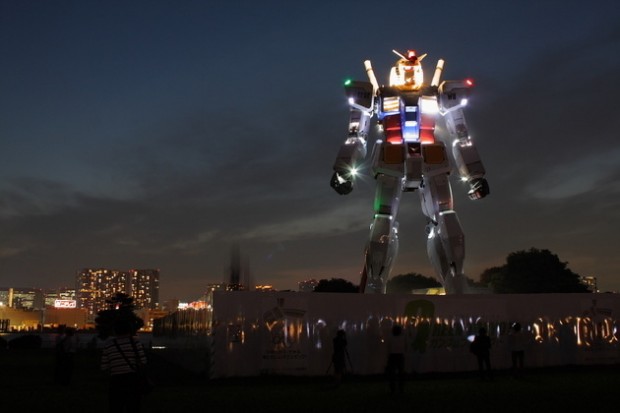 He’ll be back: The awesome 1/1 scale Gundam statue that was erected on Tokyo’s artificial island Odaiba in June and that was deconstructed in September this year, will be seen again in its full glory. We reported several times about the statue, which stands 60 feet tall and shows some cool special effects (see video below).

The only problem is that this time, Bandai, the company behind the PR stunt, decided to relocate the big guy to Shizuoka, a city 125 miles west of Tokyo. A Bandai spokesperson said Gundam will come to life again in June next year, at the East exit of Shizuoka Main Station.

Shizuoka isn’t really that famous a place for tourists, but I guess the statue’s awesomeness might even be enough for visitors from other countries to make the trip from Tokyo (where Bandai says a total of four million people came to see it in the summer). And Gundam is much cooler than the Gigantor statue standing in Kobe anyway.

Here’s a Gundam video showing the Gundam statue in Tokyo in action: