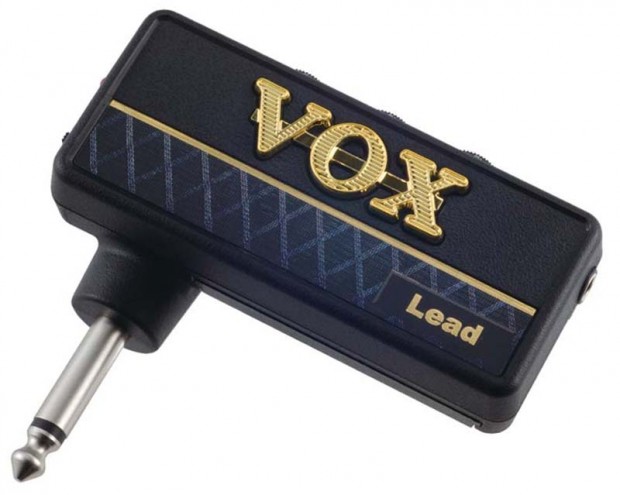 It’s a well known fact of life that creativity flows better when the sun is down. The best essays are written the night before class, the best coding is done at 2 AM, and the best music is played when everyone else would rather sleep. Unfortunately, that last one can leave some very angry people in it’s wake. Vox’s series of headphone amps allow you to rock out without your neighbors calling the police.

It’s exactly what you’d think it is. Plug the amPlug into your electrified instrument of choice (bass, guitar, eigenharp, whatever), plug your headphones into the amPlug, and enjoy your tiny musical world of your own creation. They come in 6 different flavors, each simulating a different Vox amplifier. Pick from acoustic, metal, bass, and a few lead guitar tones.

There’s also an aux input so you can play along to your favorite rendition of The Final Countdown. They’re powered by 2 AAA batteries, and last about 15 hours. At anywhere between $56 and $64, they make a nice, albeit slightly expensive, stocking stuffer for a guitarist you know.