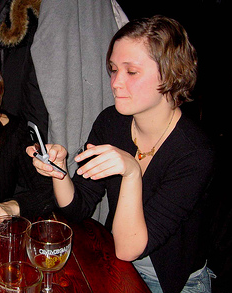 “The amount of fun you’re having at a party is inversely proportional to the number of times you’ve tweeted about it.”

Last week, I tweeted these deeply profound words to my 4,844 followers. The vast majority took the proper course of action and ignored them. But there were a few exceptions. SGN CEO Shervin Pishevar responded that this should henceforth be known as Kincaid’s Law. Never one to shy away from getting my own eponymous law, I agreed. Then something truly unexpected happened: I received the unsolicited endorsement of none other than Bob Metcalfe, the man behind Metcalfe’s Law. Metcalfe also founded 3Com, co-invented Ethernet, and has been inducted into just about every tech Hall of Fame out there. 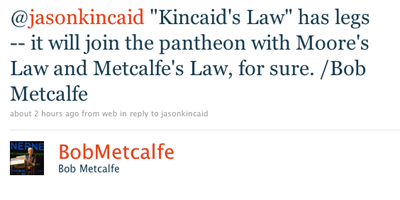 Yes, I know he was joking. But that doesn’t mean I’m not going to print that tweet out and frame it. And who knows, maybe real-life interaction will eventually prove to be more important than social media when it comes to human happiness.

For those who aren’t familiar with it, Metcalfe’s Law states that “the value of a telecommunications network is proportional to the square of the number of connected users of the system”. It’s up there with Moore’s Law in terms of well known tech “laws”. I’m in very good company.

Now excuse me while I go stand in front of a mirror and tell myself how awesome I am. 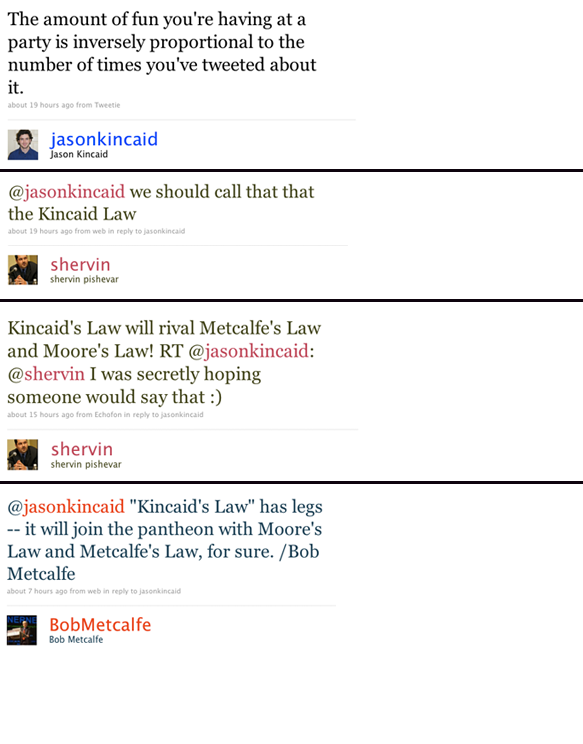