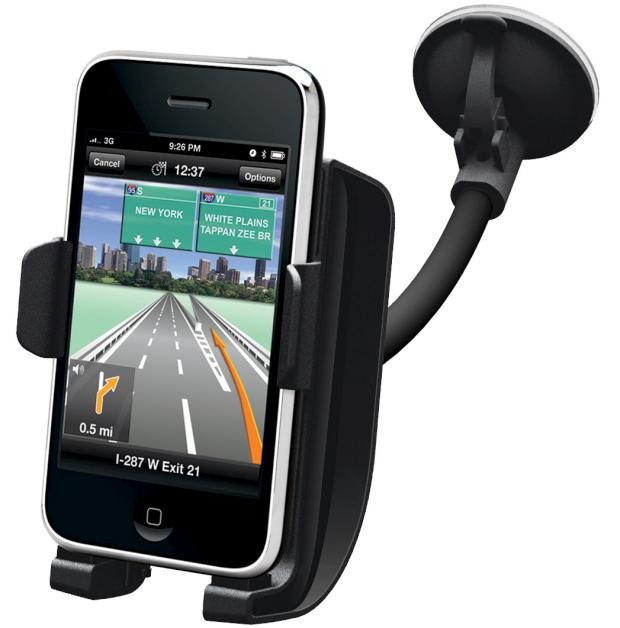 Let me start out by saying that I’m leery of iPhone docks that cost $40 and up without including built-in charging features. Thankfully, Kensington has recently dropped the price of its breathlessly-named “Windshield/Vent Car Mount with Sound Amplified Cradle for iPhone” from $40 down to $30. And for $30 you do indeed get a solid dock that holds on to your windshield for dear life and is easy to use. 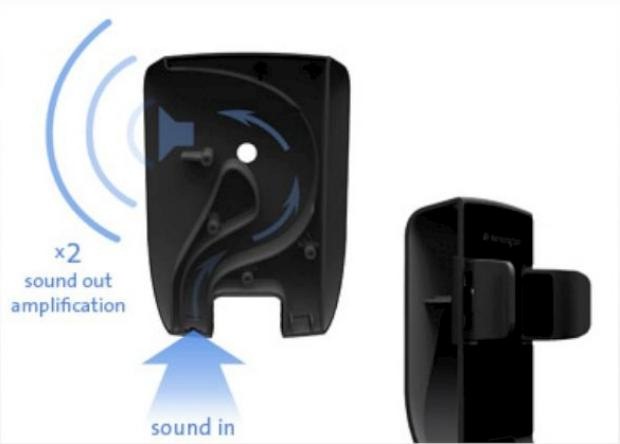 The result, as Kensington claims, is 2x sound amplification. I can tell you that it doesn’t sound noticeably louder than if you were to place the phone on the passenger seat and make a standard call using the speakerphone, but if you were to place your phone in a dock like this without holes in the rubber feet, you’d have muffled sound through and through. So I guess, yes, the sound is amplified in the sense that it’d otherwise be muffled if there weren’t a hole in the bottom of the rubber foot against which the phone’s speaker was placed.

As for how well the dock actually holds your phone in place, it works well. The windshield suction cup is surprisingly sturdy and the dock easily rotates between portrait and landscape views without much effort. The springy side clips hold your phone in place even if its got a thin protective case on it (Kensington, however, advises that certain cases may impede the aforementioned amplification) and the bottom of the dock holds an Apple charger in place. 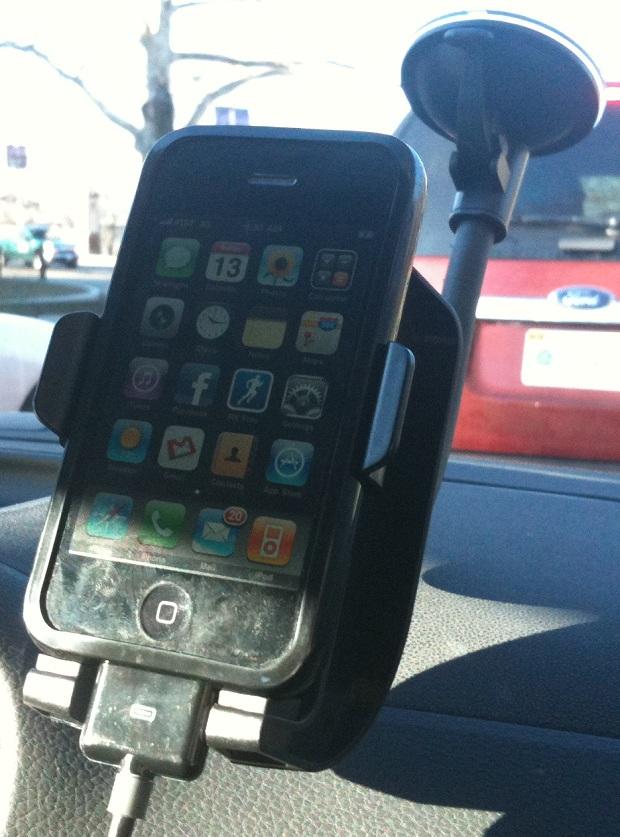 Here’s a YouTube video showing off all the various bells and whistles.

All in all, if you’re looking for a solid dock that’s not going to move around much and makes it easy to pop your phone in and out, this is a good option. Those of you looking for built-in charging features and high-volume sound amplification will want to look elsewhere.