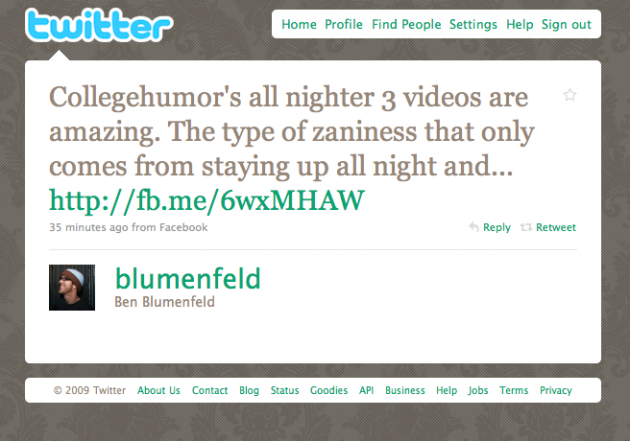 A lot has been said recently about Facebook’s decision to re-write its privacy rulebook to encourage users to be more open about what they share. Privacy implications aside, at least it appears that Facebook is eating its own dogfood. First CEO Mark Zuckerberg shared a bunch of person images, and now comes a big new feature that everyone should appreciate: Posting individual status updates to Twitter.

Yes, at some point this week, Facebook will roll out the ability to send your status updates to its rival, Twitter, we’ve confirmed. This will be built-in directly to its UI and not through some separate app you have to install, we’re told. It will be similar to the functionality it rolled out for its Pages feature in August, but this will be available on all profiles.

And you can see in the screenshots below, some Facebook employees are already testing it out. The status messages are sent to Twitter using the new fb.me URL shortener that Facebook launched today. Now the launch of fb.me makes a little more sense, Facebook is clearly getting on board with using Twitter as a platform to drive more traffic back to Facebook. Or having users simply use Facebook as their preferred third-party Twitter updater. But unlike MySpace, which also recently linked up with Twitter, this data exchange won’t be two-way. If you want to publish your tweets to your Facebook status, you’re still going to have to use a third-party app, like the Twitter one.

Is this a brave new world for Facebook, or a trap for their rival? Again, this feature will hit later this week. 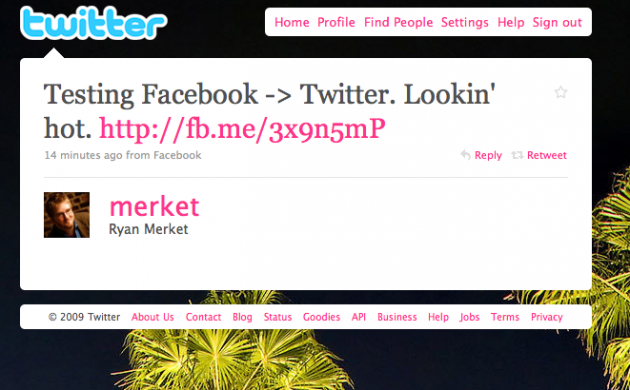 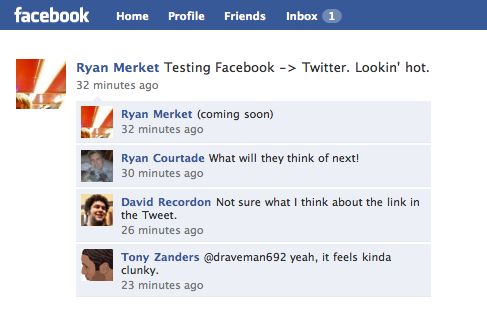 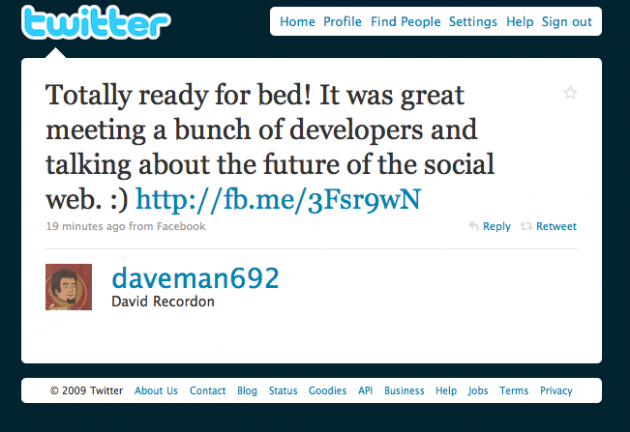