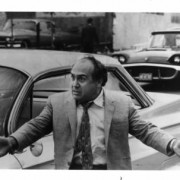 The one skill which entrepreneurs need is something they don’t teach in business school—selling.  Yes, I know that “selling” conjures up negative images of used-car salesmen peddling clunkers. But the ability to persuade people to believe in you is a necessity. That’s because sales is not just about selling things for money. Selling is about life. Convincing the perfect soulmate to go out on a date is a sales job. Enticing your children to eat their vegetables is a sales job. Negotiating a raise with your boss is a sales job. And, yes, selling your company to Google is definitely a sales job. A sales job in that you are listening to others, finding out what they want or need, and giving it to them in a form that they appreciate. And guess who the best salespeople in tech companies are? Your developers.

Let me explain why I believe this.

I started my career as a geek. I ended up as Chief Technology Officer of Seer Technologies, a software startup which we grew from zero to $120 million in revenue and took public in a short five years. And then I became CEO of my own very successful startup called Relativity Technologies (until I burnt myself out and needed to shift gears).  A number of skills helped me through this ascent. I learned a lot about motivating and managing people who were sometimes smarter than me, about understanding markets and communicating effectively, and also a few really boring things like accounting, finance and law. But if I had not learned how to sell then my company would never have made it past three guys in a room with a phone and some laptops.

I didn’t believe this in my youth. I thought coding was the exact opposite of selling. I always associated “sales” with hustling and sleazy ways to convince customers to spend money on things they didn’t need. And you had to work fast to get that check before the dupes backed away.

One day I was promoted to project manager. After thrashing through a few uncomfortable meetings, I quickly understood that running a good project required a form of selling to my peers and managers. I also realized that perhaps sales was not so simple. In fact, convincing my staff that the ideas I had made sense was far more difficult than writing clean code. And persuading management to supply sufficient staff and funding to implement my ideas was harder still.

Being a successful project manager meant learning to listen closely to what others thought, to make them feel included, and to give them what they wanted and needed to succeed. It meant constant communication that was honest yet finely nuanced. It was hard work but ultimately very rewarding. I could listen and focus on helping others to achieve their goals and at the same time advance myself quite easily. When I was able to focus on a global view of helping my company succeed, I found it much easier to avoid destructive departmental politics. I rose up the ranks to become a vice-president of technology at one of the world’s five largest investment banks.

Then I got the chance to become CTO of a startup which would market technology which my team had built. Selling became an even more important skill. We all were living on borrowed time and the only thing that would give us more time was sales to put money into company coffers. We had a truly amazing product, much better than that of our competitors. But the stark reality was that unless we could really sell well, our competitors had a big advantage. They were a known quantity. They were not going out of business tomorrow. They played golf, went out for beers, and had lunch with our competitors.

My guru and mentor was my boss, Gene Bedell. One of the first things Gene did when we launched our company was to put everyone through a sales training boot camp. Gene had run billion-dollar businesses and reached the executive levels in investment banking. He had even convinced IBM to seed our company, a software spinoff from Credit Suisse First Boston. At first my technology team protested at being taught to learn about qualifying prospects and closing sales rather than the latest version-tracking software tools.

Within months, we were closing multimillion dollar sales with blue-chip customers across the globe. We did this with only two experienced sales reps and part-time sales support from our development staff. That’s because developers with sales training are incredibly valuable as a part of the sales process. They have two essential ingredients that make people persuasive—credibility and trustworthiness (for the most part).  So while a prospect may not really believe a salesperson, for example, when he says a system is reliable, they’re far more likely to believe a developer they respect.  This is a very powerful ingredient in the sales process, and one we used regularly.  We would compete with some of the largest software companies in the world—and win the sale almost every time. As CTO, I also took it upon myself to sell strategic partners. My biggest catch was a deal with IBM-Japan worth $8.6 million.

With a culture that put customer support and sales above everything else, we grew  into a profitable $120-million-a-year revenue machine. Our developers formed long-term bonds and friendships with our customers. They would go to great pains to understand customer requirements and build products that would sell. More often than not, new development projects would be funded directly by customers. Whenever there was a customer-service problem, our top engineers would voluntarily work around the clock and fly all over the globe to personally provide support.

So, how do you learn sales? It’s easy. There are literally hundreds of books on selling. The methods vary, but in essence all of them teach you about the basics of understanding customer needs and honing your message. There are also hundreds of “selling seminars” conducted all over the world. Be wary of any which teach you to sell things a customer doesn’t want. It is one thing to persuade someone to buy something which they need, it is another thing to con people. My personal favorite book (and I am a little biased here) is one by Gene Bedell himself, titled Three Steps to Yes: The Gentle Art of Getting Your Way.

By the way, I’m not the only guy saying this kind of stuff. The high priests of the Lean Startup Methodology, like Dave McClure, Brad Feld, and Eric Ries, all advocate a “get to sales ASAP” approach. “Recovering venture capitalist” Healy Jones blogged about how he was shortchanged with his Wharton MBA. Yet a quick conversation at any networking event in the Valley yields a simple observation that most technology workers don’t think that selling is part of their job description. The smartest technology entrepreneurs realize that everyone in the company is in sales and the sooner they embrace that reality, the easier it will be for that startup to grow and prosper. Coder, biz dev, PR, QA—nope. You’re all in sales. It’s all about selling for survival.