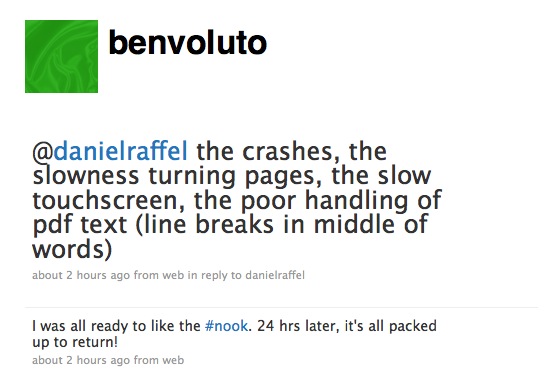 The Nook is the Blackberry Storm of 2009. Straight up. Reviews are so bad and popular opinion is so negative that it will be a wonder if these things don’t end up under a parking lot in the New Mexico desert come May.

Take this example: Ben Clemens, late of San Francisco, for example, returned his already and everyone is talking about Mossberg and Pogue’s reviews. While the original Kindle was no great shakes, it seems like B&N tried their hardest to make this one of the clunkers of the season.