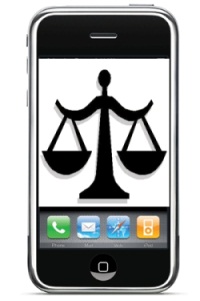 In a very concise statement, Apple has let the public know that it has today filed a counter suit against Finnish handset maker Nokia, who at the end of October 2009 took the Cupertino company to court over alleged patent infringement for technology related to its GSM, UMTS, and WiFi “standards”. Read our detailed report here.

In its response lawsuit, Apple says Nokia infringes on 13 of its own patents, and even outright accuses the company of theft:

“Other companies must compete with us by inventing their own technologies, not just by stealing ours,” said Bruce Sewell, Apple’s General Counsel and senior vice president.

We’ve reached out to Nokia for comment, and will update if and when we hear back.

We’ll post more details and thoughts on the litigation between both companies very soon, so stay tuned.

Here’s one bit from Apple that’s explains the concept of a “patent hold-up”, for starters:

“Left unconstrained, owners of patents that purportedly cover certain features within the standard could take advantage of lock-in and demand exorbitant royalties from designers, knowing that it would be less costly for teh designer to pay the excessive royalty than to incur the cost of switching. This is commonly referred to as a patent hold-up.”

The court documents are below (via Digital Daily):