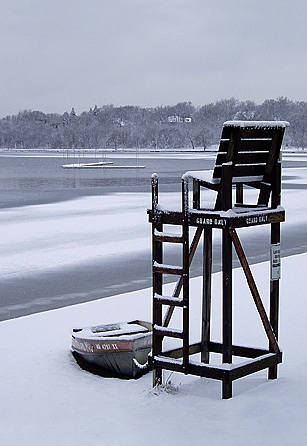 Now that Apple has responded to Nokia’s patent lawsuit filed last October with its own countersuit today, we have a clearer picture of what the dispute is all about. As suspected, it is about money, specifically the patent licensing fees Nokia is trying to get out of Apple for wireless patents it holds and it alleges are infringed by the iPhone.

But more broadly, it is about Nokia missing the boat on the shift from conventional phones to mobile computers where the phone functionality is relegated to one of many features, and not the most important one at that. Apple lays this argument out in its countersuit, saying that Nokia tried to overcharge it on patent fees because it missed the boat on the shift to smartphones.

In Apple’s countersuit today, it accuses Nokia of attempting a “patent hold-up.” The patents in question are part of industry standards, and as such Nokia must license them under fair and reasonable terms, argues Apple. But instead, Nokia tried to put the squeeze on Apple. Apple states in its countersuit:

In dealing with Apple, Nokia has sought to gain an unjust competitive advantage over Apple by charging unwarranted fees to use patents that allegedly cover industry compatability standards.

Whether or not Apple’s arguments hold water is for a court to decide. But Apple takes the opportunity of this legal battle to make a swipe at Nokia as a flailing competitor. If you read between the lines of the suit, the reason Nokia is not willing to license its patents under “fair, reasonable, and non-discriminatory terms” to Apple is because while Apple was creating a “revolutionary change in the mobile phone category” with the iPhone, Nokia was sitting on its haunches:

In contrast, Nokia made a different business decision and remained focussed on traditional mobile wireless handsets with conventional user interfaces. As a result, Nokia has rapidly lost share in the market for high-end mobile phones. . . . In response, Nokia chose to copy the iPhone.

In other words, Nokia is losing in the marketplace so it is falling back on the only thing it has left—its patents. Apple is already more a profitable phone manufacturer than Nokia, and it has no intention of returning those profits via exorbitant patent fees. Now, what exactly those proposed fees are and whether they are in fact exorbitant we don’t know because the numbers are not in the suit. Presumably, those will come out at trial.

Apple could lose that trial or end up paying a huge settlement fee. Both of these suits are negotiations by other means. In addition to patent fees, Nokia wants access to Apple’s patents so that it can try to catch up on the smartphone front. Regardless of the outcome, though, it feels like Apple has already won the bigger battle in the marketplace.