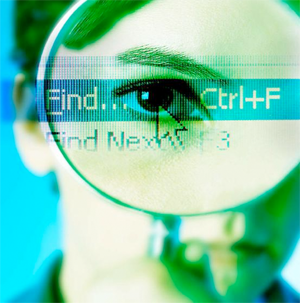 Today Facebook finally started to roll out a new set of privacy controls. These tools, many months in the making, are designed to help simplify the site’s notoriously confusing privacy options. But alongside them Facebook is also rolling out a “Transition Tool” that promotes Everyone updates as the new default. In other words, Facebook is giving up its reputation as a ‘private’ social network — where the default is to restrict access to everything that is shared — in favor of something that can challenge Twitter head on. And, as I wrote last July, it may well be a disaster in the making.

Facebook is spinning the news as a win for users. They’re supposedly getting more control than ever over what they’re sharing, and it’s easier than ever to control it. But that’s not the real story. Marshall Kirkpatrick over at ReadWriteWeb has nailed it: this is Facebook’s move to push people to share with the public.

For those who haven’t been following the six month buildup to today’s announcement: last June, Facebook rolled out a new feature called the Everyone update. In short, this is Facebook’s answer to Twitter. Unlike other content posted to Facebook which is managed by the privacy features the social network built its reputation on, ‘Everyone’ updates are accessible to the web at large. That means Facebook can leverage it for real-time search, and can also syndicate it to other places, like Google and Bing. The feature has been available in the site’s privacy settings since last summer, but most people didn’t use it (and probably didn’t even know it was there). The new privacy launch today puts this as the default option for many users.

Much of the general press is going to simply regurgitate Facebook’s press release, which boasts that Facebook is giving users more control than ever:

“Setting a new standard in user control… calling on its more than 350 million users to review and update their privacy setting… As users move through the Transition Tool, they’ll be presented with an opportunity to “Learn More. Through this link, they’ll reach Facebook’s new Privacy Center, a comprehensive guide that helps users understand and control how they share information.”

Sounds great, right? Let’s get one thing straight: Facebook is forcing users to choose their new privacy options to promote the Everyone update, and to clear itself of any potential wrongdoing going forward. If there is significant backlash against the social network, it can claim that users willingly made the choice to share their information with everyone. That’s why there are all of these notifications informing users about what these privacy features do. And it’s why there’s now a Privacy Center. The vast majority of users will ignore this information the same way 80% of them have ignored privacy settings in the first place. But Facebook will still be able to claim that it did its best to get their informed consent.

“These new “privacy” changes are clearly intended to push Facebook users to publicly share even more information than before. Even worse, the changes will actually reduce the amount of control that users have over some of their personal data.”

Facebook first announced many of these changes in July. In the five months since then, I’ve asked Facebook representatives a few times what the hold up was. The response? “We want to get it right.” At the time, I suspected that Facebook might be backpedaling from its decision to promote Everyone updates the same way it started backpedaling from the Twitter-inspired redesign. That clearly wasn’t the case.

So what happens next? Facebook will doubtless see the same kind of knee-jerk reaction it gets for any change it makes. But even that will be smaller than the outrage over this year’s redesign, because the changes are much less in-your-face. It’ll probably take a bit longer for the real problems to begin.

First, we’ll hear some reports of people accidentally sharing too much in their updates, only to have a prospective employer find that information when they run a name check on Facebook. Similar stories have been around for ages, so most people probably won’t be alarmed. The real trouble will start when Facebook starts sharing these status updates with the search engines and other third parties. Bing will be getting access to Facebook ‘Everyone’ status updates in early 2010. Google will only have access to Fan Pages at first, but don’t be surprised if they cough up the cash for access to the status updates too. Both of these sites cache data. And you can be sure more sites and applications will be pulling in these updates too.

Up until now, Facebook alone has maintained control over the vast majority of content uploaded to the site. Get rid of it on Facebook, and it’s usually gone, at least from the prying eyes of a stranger. If you’re about to apply for a new job and want to go through and clean up your update history, you can still do that. But with ‘Everyone’, that changes. From Facebook’s privacy policy:

In other words, if users do wind up sharing far more than they intended to, Facebook can’t do much to repair the damage. Will this have a major impact on Facebook’s success? Probably not. But people may no longer perceive it as a private site, which is what made it popular in the first place.