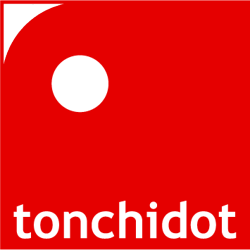 There were quite a few memorable presentations during 2008’s TechCrunch50 (that’s the conference before last). But if you had to pick one, there’s a good chance you’d think of Tonchidot, the startup behind the Sekai Camera. Tonchidot captured the audience’s attention with a totally zany presentation and answered judges’ questions with non sequiturs like “Look up, don’t look down!” The result was hilarious, but there were some who wondered if the technology behind the company was the real deal. Rest assured, it is. And the company has closed a $4 million series A funding round led by DCM, with existing investor ITOCHU Technology Ventures (ITV) also participating.

The Sekai Camera service launched in Japan a few months ago, and has already become a national hit as the top app on the iPhone app store. The service leverages augmented reality and adds a social layer to it, allowing users to add virtual items in the real world (you hold the device up to your face as a viewfinder, then look at the world around you as tags pop up). The company says that within four days, 10% of all iPhones in Japan already had the app installed, though the number of devices in Japan is a small fraction of those in the US and worldwide. Major companies have already formed partnerships with the site — partners can insert sponsored tags into the virtual world created by Sekai Camera. 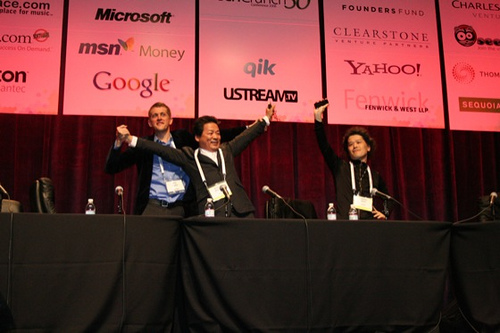