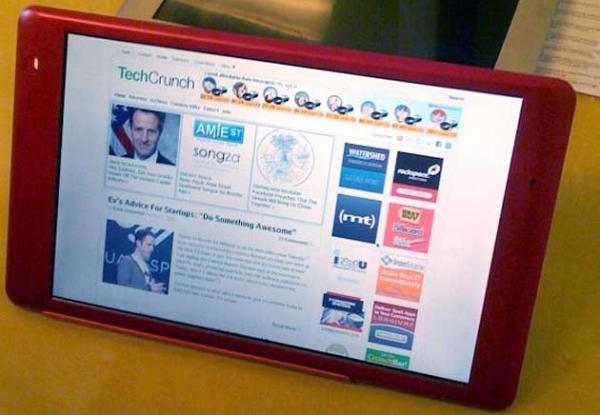 This week’s big story – unless you count news that matters outside the world of TechCrunch – is the End the CrunchPad. Killed, says Arrington, by ‘greed, jealousy and miscommunication’. Basically the same things that killed Jesus, New Coke and Haley Joel Osment at the end of Pay It Forward.

Dick Move Of The Week
This week marks the start of a new regular feature. Entitled ‘Dick Move Of The Week’ it will celebrate people or companies who go out of their way to shatter dreams, waste time and effort or generally move in the manner of a dick. This week’s recipient is Craigslist, for reasons perfectly articulated in this story by Jason Kincaid…

“Developers take note: if you’ve got a mashup built off of Craigslist’s data, don’t even think about showing it to anyone who works there. At least, that’s the lesson learned by developer Romy Maxwell, who says that Craigslist has blocked both his mashup and every single project built on Yahoo Pipes a few days after a friendly Email exchange he had with Craigslist founder Craig Newmark.”

To be fair to Craig, this seems to be less of a problem with Craig (who denies any personal knowledge of the decision) and more a decision by ‘Slist – but the fact remains that anyone who uses Yahoo Pipes to hack their Craigslist experience has now completely wasted their time. Dick Move Of The Week.

Acquisitions Of The Week
In happier news, it seems that the Internet giants are indulging in some earlyish holiday shopping with Google buying AppJet, Amazon à acheter Vente-Privee and Apple reportedly in talks to acquire music service LaLa. The latter provided a particularly colourful TechCrunch post with Jason heading down to LaLa’s office to get the scoop.

“I walked over to the Lala office, which is only a few blocks from us, to see if I could gather any more details. They didn’t seem particularly happy to see me. I knocked on the door and a Lala employee answered, keeping the door half shut so that I couldn’t see in. I asked if any of the company’s executives were around. He looked over his shoulder, asked if they were, and a second later said they weren’t (it was not a particularly convincing effort). He promptly shut the door, and I’m pretty sure I heard someone inside say something to the effect of ‘Are you serious, don’t answer it!’.”

Cowards! You can’t hide from the news.

Jugaad Of The Week
Editor at Large Sarah Lacy continues to live up to her entirely made up job title this week with the last of her dispatches from India. First up she taught us a new word, asking Can India “Jugaad” Its Way To More Angel Investing? “Jugaad”, Sarah explains, describes “an innate creativity for problem solving, and it’s what’s allowing a small group of Indian entrepreneurs to shortcut years of market evolution to bring angel investment to Indian technology startups.

It’s also a quality much in evidence at SMSONE – a micro-local news service that uses basic SMS to bring vitally important news to un-wired rural communities. For those commenters who whine every time TechCrunch writes  another story about Valley-focused smart phone driven playthings like FourSquare, these two posts are for you.

Plastic Fantastic Of The Week
Speaking of Valley-focused smart phone driven playthings, December kicked off with the unveiling of ‘Square’ – a new mobile credit card payment service by Jim McKelvey and Twitter creator Jack Dorsey. Finally the age-old problem of hookers accepting credit cards has been solved – no wonder the company has a $40million valuation before it has even launched. Hell, if McKelvey and Dorsey move fast, there’s still time for them to win an Obama-style pre-emptive Crunchie.

Goodbye Of The Week
And finally, in Good-News-Bad-News-news, Chicago-based group-buying site ‘Groupon’, which sounds like the name of a medical clamp, has raised $30million from Accel. This is of course great news for the company, but it’s also bad news for TechCrunch HQ as it means the brilliant Leena Rao is moving to Chicago where her husband Suneel has just accepted a job as Groupon’s VP of Product Development. Congratulations Suneel – but we’ll miss you, Leena.