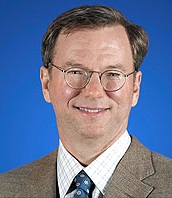 In a brief interview with FOX Business Network, Google CEO Eric Schmidt talked about his views on the talking points of Obama’s Jobs Summit at The White House, which he attended.

The full clip is embedded below, but here are some of the highlights of what Schmidt said:

– small and medium sized businesses do much of the hiring in the U.S., so they should be running into less problems getting loans
– banks should be forced by the government to provide SMBs with more loans, by means of regulatory changes
– Google wants media companies to ‘make it’ because they depend critically on their content
– Comcast’s move to acquire NBCU was ‘probably pretty smart’ on their part and Google is unlikely to ever go down such a road
– The speed of operation at the government is so slow compared to Google’s that Schmidt deems it unlikely that he’d ever join President Obama’s cabinet