Log on to Friendster today and you’ll see a background image that says ‘Watch this face! … on December 4’. Turns out the pioneering social network is in for a major revamp tomorrow, including a new logo, tagline (“Connecting Smiles”) and an entirely fresh look.

Friendster outlines some of the changes in a video (embedded below), in which it calls out other social networks (*cough* Facebook and *cough* MySpace) for being plain and boring.

My absolute favorite part of the video: “I mean, if everyone’s there, woop de doo”.

Friendster in the clip says the redesign aims to place more emphasis on 3 pillars: Simple, Fun and Personal. The company also features glimpses of the new website lay-out, which looks a whole lot like Facebook in my opinion, but seemingly mixed with the customization capabilities of MySpace (e.g. it looks like you can change the background color of pages with a single click). Apologies for the blurry screenshot, but watch the video to see it in action. 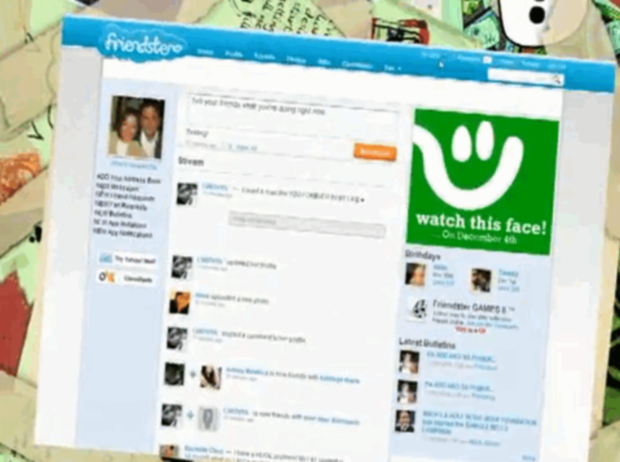 Friendster, founded in 2001, has raised over $45 million in venture capital to date, and is sitting on some potentially lucrative IP. It’s no longer hot in the U.S. any way you look at it, but it’s most definitely still a big deal in the Asia/Pacific region.

So much so that last year the company appointed Richard Kimber as its new CEO (he used to head Sales and Operations in South East Asia for Google) and has openly started shopping itself to potential buyers in the region over the Summer.